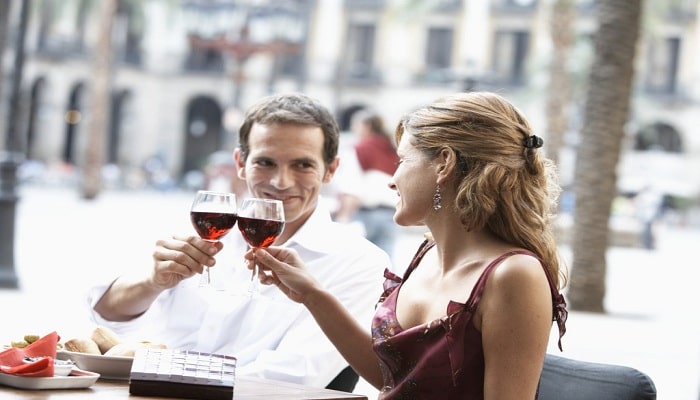 The Spanish region of Catalonia, home to international super city, Barcelona, is steeped in a rich food tradition that has garnered a reputation for big flavors and a close connection to land and sea. It has inspired cuisine throughout Spain and into Latin America, cultivating a very special brand of cooking that attracts millions of foodies and fish heads alike, all looking to sample a taste of one of the world’s most flamboyant food regions.

These dishes represent the best of Catalonian cuisine, and show how versatile food culture can be when using only a handful of simple, available ingredients. If you’re planning a trip to Barcelona or the surrounding areas, be sure to seek out these Catalonian staples.

Buckle up your taste buds, because they’re about to go for a foodie dreamweave through Catalonia. 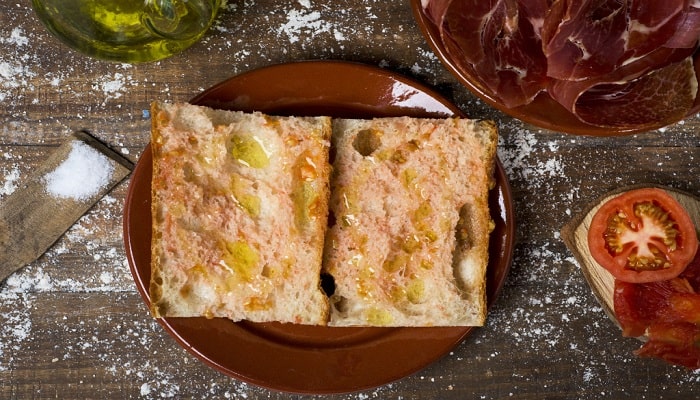 If you like pizza (who doesn’t), you’ll likely jump right aboard the pa amb tomaquet train. This is a true Catalan staple made from toasted bread rubbed with fresh tomatoes then drizzled with olive oil and finished with a pinch of salt. There’s nothing complicated or obtuse about this hearty, savory appetizer other than coming to terms with how you’ve managed to go through life for so long without experiencing it.

You’d be hard-pressed to find a street in Barcelona that didn’t have the unforgettable aroma of pa amb tomaquet densely packed into the afternoon air. Few things are as simple, delicious, and ubiquitous with Catalan culture. 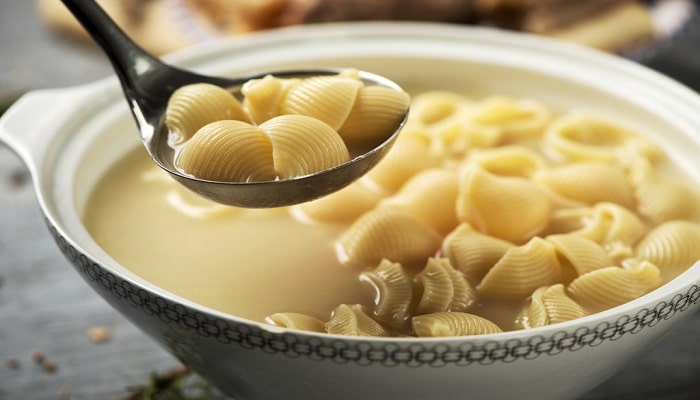 Escudella is a can’t-miss Catalan stew made from your choice of meat, beans, potatoes, and cabbage. It is sometimes made with pasta, as well, resulting in some kind of carb-infused magic that is just as good as it sounds.

Traditionally, it is made into three courses of food: the broth, the meat, and the vegetables. This sort of deconstructed way of eating is unique to Catalan, and highlights each ingredient separately as well as together. Escudella is Catalan comfort food, and can be found being prepared in a number of different ways throughout the region. 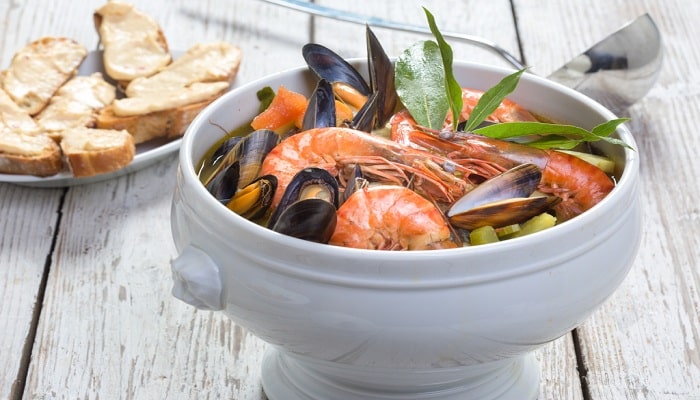 Much like the Italian cioppino, suquet de peix is a seafood stew with a warm tomato base that is floral, herbaceous, and bound to cure that cold you haven’t been able to shake since Fall. Typically, the fish used in suquet de peix is whatever is available on any given day – it is the variable in a stew that always stands atop the same base of tomato, garlic, and potatoes.

Seafood is widely used in Catalan cooking, and perhaps no dish better represents the region’s reliance on the sea than suquet de peix. It is a bowl of the best local ingredients Catalan has to offer, and every household has their own unique take on what makes the stew great. 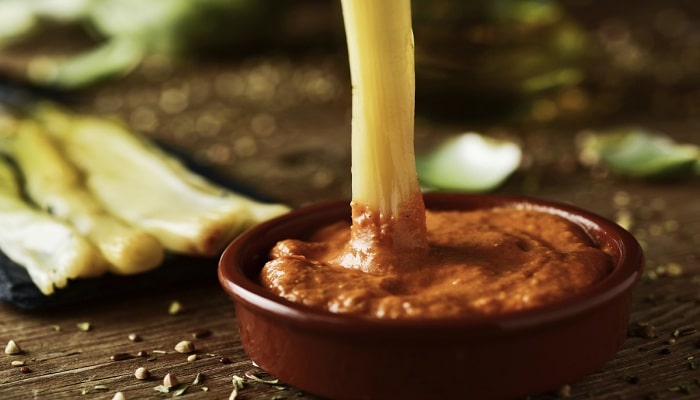 This isn’t so much of a dish as it is a sauce, but it’d be a crime to leave it off this list seeing as how iconic it is in Catalan cuisine. Romesco is a blended sauce made from almonds, olive oil, roasted garlic, and dried, crushed red peppers. It provides the perfect salty, peppery compliment to all sorts of other dishes.

Most commonly it is simply spread over a piece of toasted bread, or served alongside another Catalan favorite, calcots – a vegetable dish of barbecued baby leeks. Romesco can be found in any respectable Catalonian grocery store and in the very best restaurants in the region. 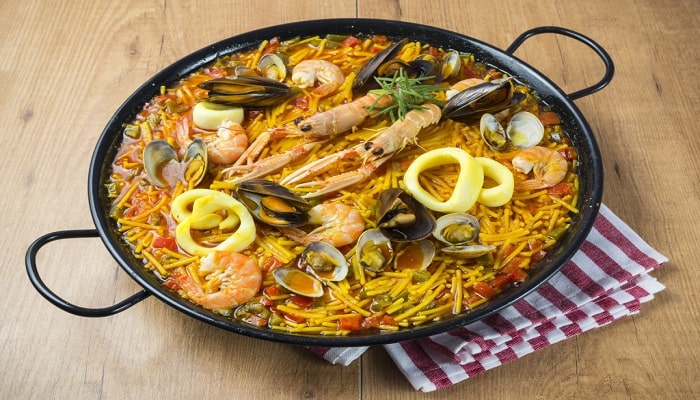 While Spain is more popular internationally for the bombastic and delicious paella, its second cousin fideua is possibly even more impressive. Like a paella, it is made of seafood and vegetables on a large, round cast iron pan over an open flame. Fideua, however, replaces the traditional paella rice with short pasta noodles in what amounts to an explosion of flavor, texture, and community gathering.

Cooking a fideua is a neighborhood event, the fumes of which invite people near and far to enjoy in the camaraderie and celebration as people huddle around the simmering seafood spectacle. For a true Catalan culinary experience, look no further than the nearest fideua. 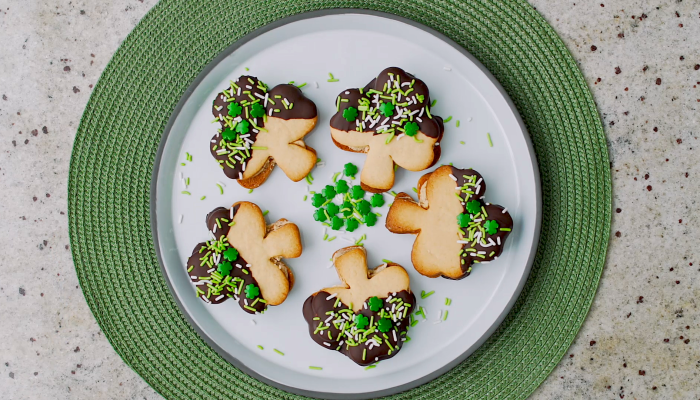 Cauliflower is a great source of vitamin C, helps keep the heart healthy and you can have it all day long!

This deceivingly simple chicken recipe and rice dish is a perfect mid-week dinner, easy to prepare but healthy and appetizing.