Make these luscious Brazilian chocolate truffles and gift them to friends and family. Get creative with different toppings!

Pro Tips for the most amazing brigadeiros

Replace the chocolate sprinkles for toasted almonds or coconut shavings for different versions.

Why are they called Brigadeiros?

The origin of the name “Brigadeiro” is linked to the presidential campaign of Brigadier Eduardo Gomes, candidate for the Presidency of the Republic in 1946. Heloísa Nabuco de Oliveira, a member of a traditional carioca family who supported the brigadier’s candidacy, created a new confection, and named it after the candidate. The doce do brigadeiro (brigadier’s sweet) became popular, and the name was eventually shortened to just “brigadeiro.” Women at the time would sell brigadeiro in support of the presidential candidate as it was the first national election in which women were able to vote.

Despite the support received, Eduardo Gomes was defeated, and the election was won by then General Eurico Gaspar Dutra.

In the South of Brazil, brigadeiros are most commonly known as negrinhos. 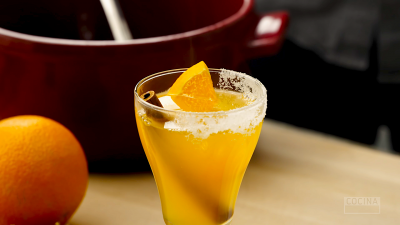 A creamy, delicious and healthy soup for the plant based food lovers!

Once again the amazing guest Chef Shelly Gilad from Shelly’s Humble Kitchen shares an easy and healthy recipe to make these flavorful biscuits — kids will love them!