Fall season is coming to an end we are getting ready for the cold weather, snow and a lot of Netflix and Chill.  So it’s time to start thinking about new hearty recipes (apart from the delicious hot chocolate, of course) that will keep us warm during these icy days.

If we take a look at our Latin gastronomy, we will find many delicious dishes that will help us feel more cozy and warm during the winter days. These are some ideas from the endless options we can find: 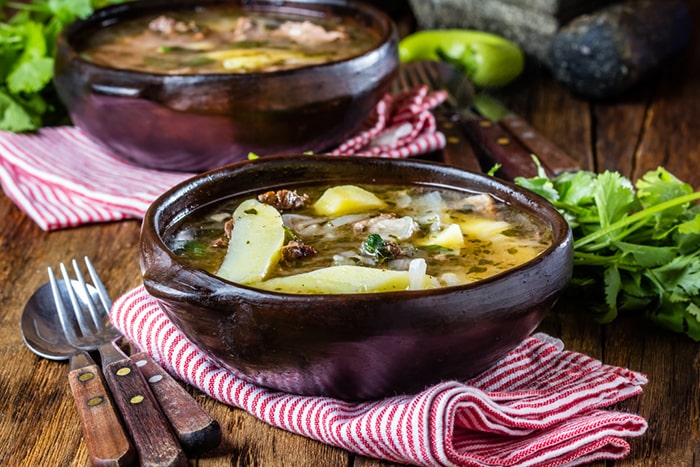 Bogotá, the capital of Colombia, has cold weather all year round, so its cuisine provides many ideas that we can utilize. A great example is their version of ajiaco. This dish is consumed in many places throughout the continent and each version has its own different characteristics. Its origin is also very debated.

The Colombian version is worth trying and preparing at home. The main characteristic of this soup is that, besides chicken, it has three different kinds of potatoes with different types of cooking, which gives it have a more cream-like consistency. The secret ingredient for its unique flavor is guascas, an herb similar to bay leaf. 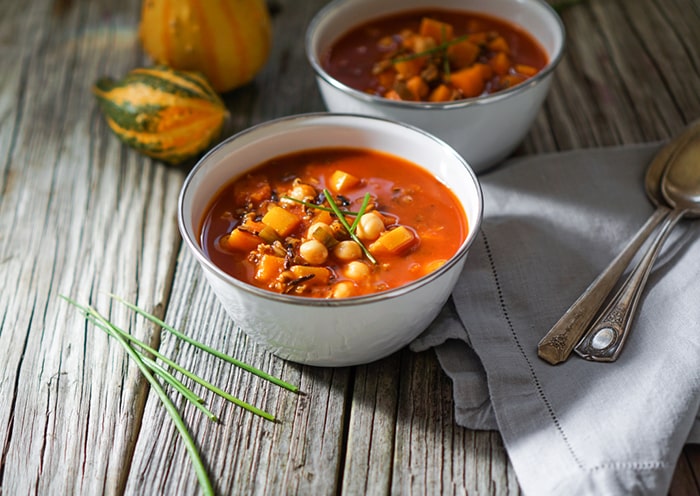 A very complete and nutritious dish! With some variations, this soup is common in other Central American countries, and it’s made with corn grains, ideally cacahuazintle, and several types of meat are added. In Mexico, pozole changes from region to region, yielding different versions such as white, green or red pozole. Pozole can be accompanied with many side dishes, but is most commonly served with cabbage, freshly cut radishes or toast. 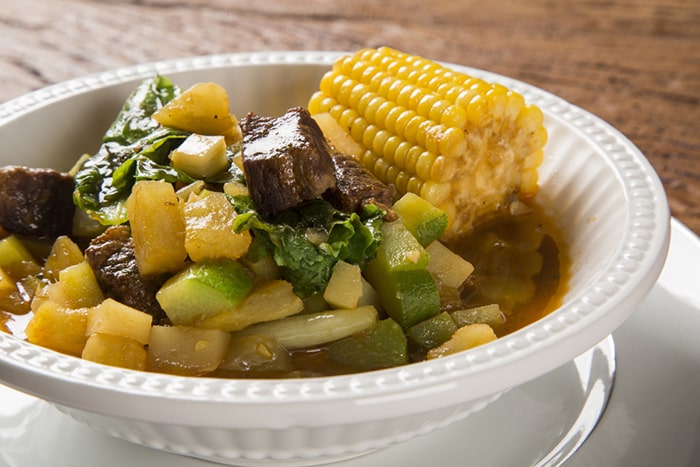 Another classic of Latin American cuisine, even though some speculate it originated in Spain and some areas in the African continent. Despite its origins, sancocho is the perfect recipe for the cold months. A hearty soup made with meat, tubers, vegetables and various condiments. It is usually cooked in a large pot due to the variety of ingredients in its preparation. There are versions with beef, pork, chicken, fish, or even with all the above. Sancocho is best served with white rice and slices of delicious avocado. 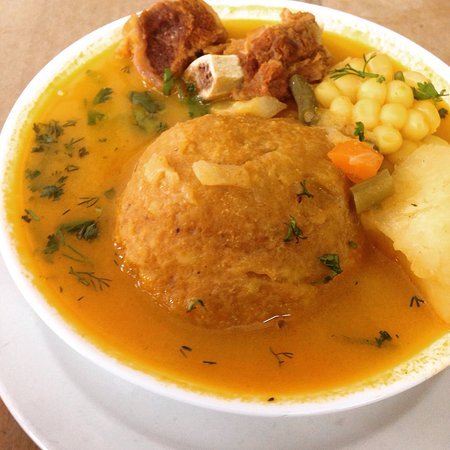 An interesting alternative directly from the Ecuadorian coasts! Its origin is related to the Manabí area, precisely because its main ingredients are very common in that region. The broth is nutritious and thick, with a base of meat consommé and the distinctive flavor of the meat bone, which is key in this preparation. An addition of peanuts gives it a unique touch, alongside other ingredients like green plantain, red onion, tomato, peppers, corn on the cob, carrot, cassava and cilantro, resulting in a simply exquisite dish. 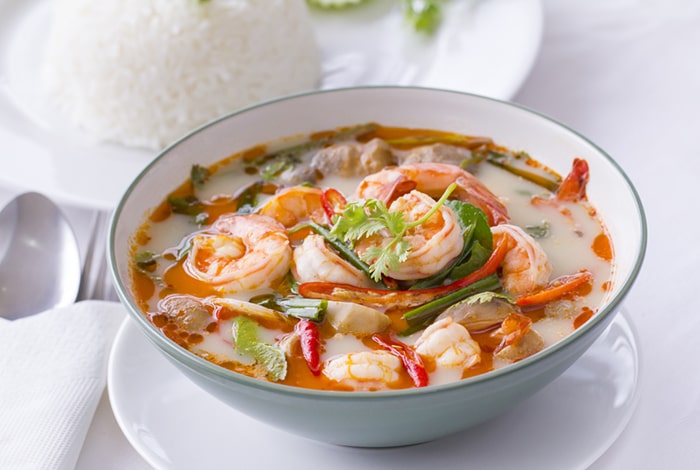 Another delicacy from Peru is Chupe de Camarones or Shrimp Stew. Its name has Quechua origin and its meaning alludes to the first food of the day. Both healthy and delicious, this dish consists of a fish stock with shrimp, rice, squash, green beans, yellow potatoes, cheese, corn and local dressings such as huacatay and ají panca. It is usually served with a poached egg. Considered another of the jewels of Peruvian gastronomy, this recipe is easy to prepare at home and won’t take you more than 50 minutes.

Which of these soups will become your to-go plate this winter? 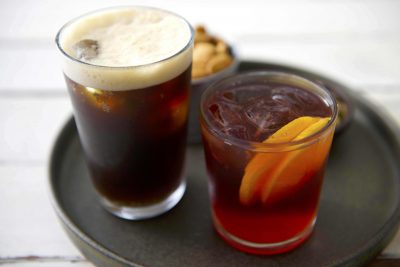 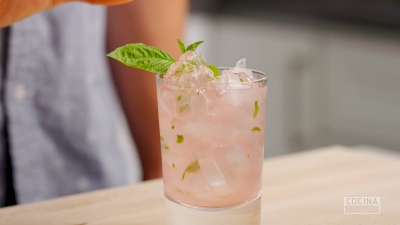 Reinvent your avocado toast game with this fresh spin from our guest Chef Shelly Gilad from Shelly’s Humble Kitchen.

Prepare this delightful combination of vodka with rosemary and a little spice from serrano chile.