Aguachile Verde: the Delicious Recipe and the Amazing Story Behind It!

Try this exquisite version of aguachile, a spicy shrimp ceviche from Sinaloa, Mexico and serve it with fresh tostadas. A recipe from our guest Chef Ted Montoya.

Ingredients for the aguachile

A little bit of history about the famous aguachile

Aguachile is a perfect Mexican dish to enjoy during hot weather season. It’s a classic from the northern region of Mexico, more specifically Sinaloa. The aguachile has a history as interesting as its preparation!

Its origins go back to the Sierra de Sinaloa. It is said that in the beginning, the pre-Hispanic cultures of this region used to mix dried meat with a kind of sauce that they made with water and chili peppers that they collected during the day. These chili peppers were the now famous chiltepin, one of the most important ingredients of aguachile.

At first the recipe of aguachile consisted of cooking dried and ground meat in boiling water with chiltepin peppers. Later, in the 1970s, people began to migrate to the coast and Sinaloa’s fishing industry became more powerful. This was the key that allowed the creation of the classic shrimp aguachile that we all know nowadays.

There are two versions of the story that explain the creation of the aguachile:

The aguachile is a dish that represents the mixture between history, tradition and culture of the northern gastronomy of Mexico.

These days, you can find delicious versions of this dish in Sonora, Nayarit, Baja California and the rest of the Mexican coastal areas! Some aguachile versions have ingredients like cucumber, mango, melon, avocado, clam juice, tequila and even mezcal, while other recipes substitute or accompany the shrimp with other kind of seafood and fish such as octopus or tuna.

The benefits of eating aguachile

Aguachile is generally made with shrimp, and here we tell you the 5 benefits of eating shrimp that you did not know!

If you like shrimp, check out the other shrimp recipes we have for you! 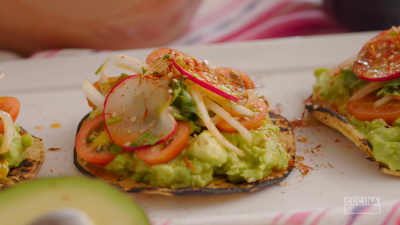 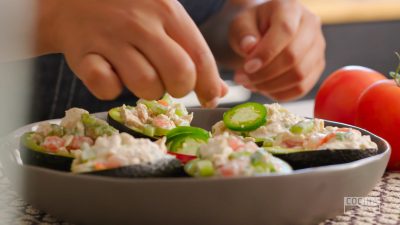 Learn how to make four different kinds of empanadas for this holiday season, because who doesn't love an empanada?

These hypnotizing cones made with dulce de leche are any chocolate lovers dream.