Staying true to our most current trend and recent food blog, we’re bringing you another edition of our Latin-based ideas for your World Cup gathering. We hope to inspire you to stray away from the same ol’ sporting event party plates, like chips and dip, and to get creative with some more appropriately themed selections. Since we did a Brazil piece, it’s only fair to include another national contender that not only rivals Brazil on the field (using the word ‘rivals’ loosely… no offense, Peru), but in its delicious culinary repertoire as well.

Since Peru has made it to the adults table this year, qualifying for the World Cup, and they happen to be one of my favorite cultural powerhouses south of the equator, I figured I’d give them their due. Peru is incredibly well known for a couple of their staple dishes—I mean who hasn’t tried a lomo saltado or ceviche? If you’re one of these unfortunate people: I’m sorry… and get on that! But some of their lesser-known gems are where it’s at, especially for a gameday fiesta.

Here are some of our favorite appetizers, drinks, and desserts from the land of the Incas perfect for your World Cup shindig. 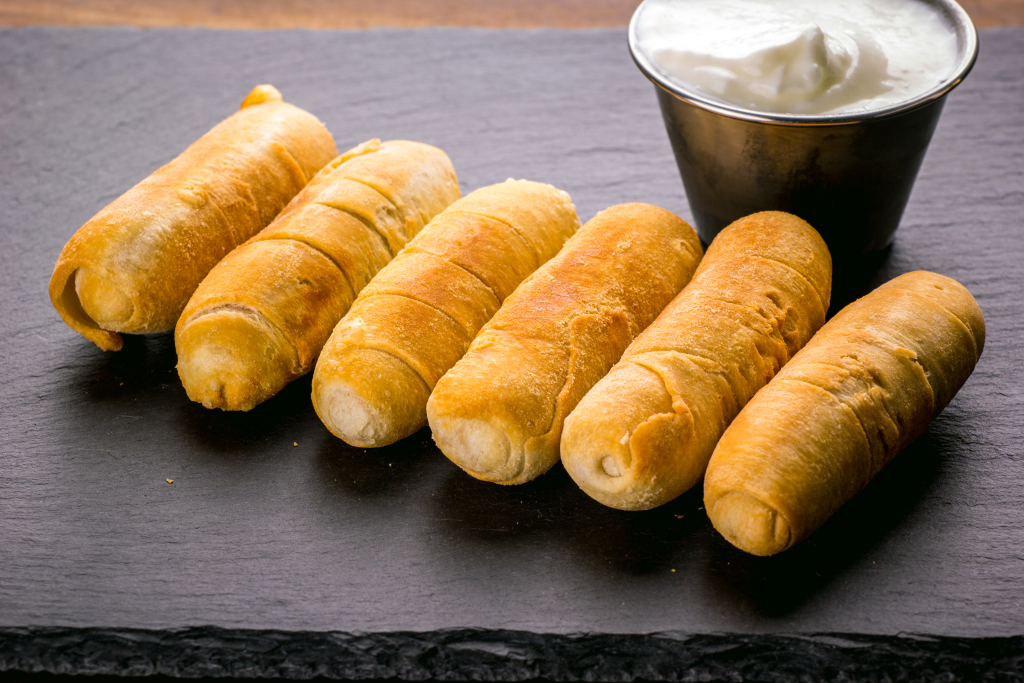 These delicious cheesy treats are actually Venezuelan by birth, but they’ve become a traditional Peruvian delight over the decades. They’re one of the more popular party complements in Peruvian households. And why not? They’re easy to make and melt-in-your-mouth yummy. They’re basically the South American mozzarella sticks, only instead of bread crumbs, you roll the cheese in wonton dough. Deep fry those suckers and serve with a green aji sauce or avocado salsa. 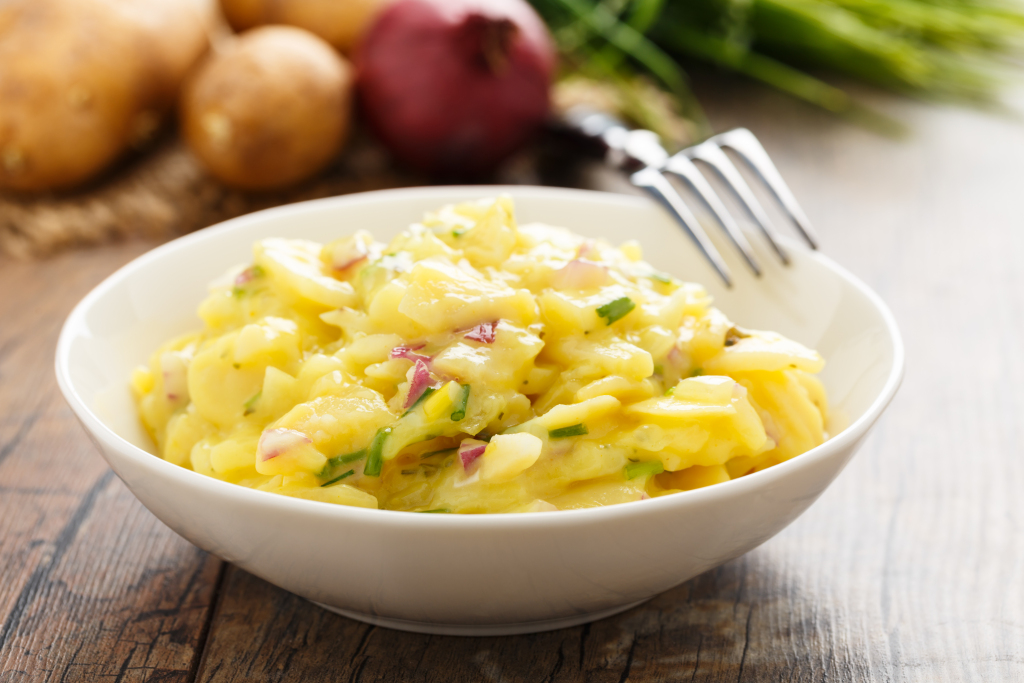 Papa a la Huancaína is already a classic in the Peruvian gastronomic landscape. You can’t set foot in a Peruvian restaurant without mention of papa a la Huancaína. It’s a trademark. Boiled potatoes with that special yellow aji sauce, and hardboiled eggs… yum. A less-explored variation of this Andean favorite, however, is making it into a potato salad. For those of you lucky enough to have tasted papa a la huancaína, you know the flavors in this dish are incomparable. And your usual potato salad, being the popular party-goer that it is, can definitely use an upgrade. 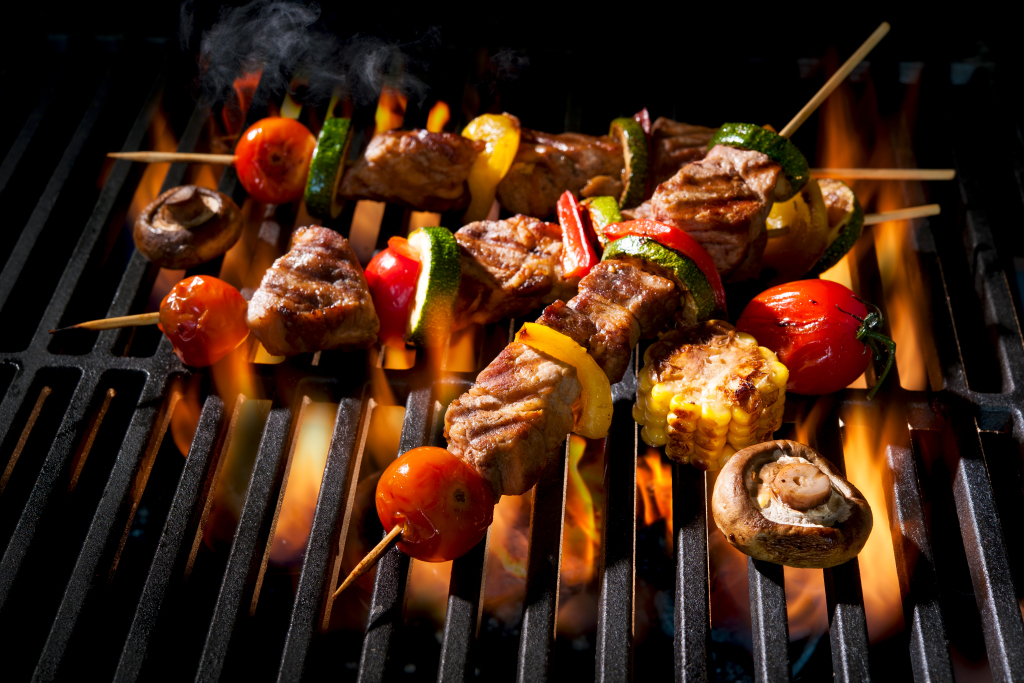 Mmm, steak. Who doesn’t love a nice juicy piece of meat grilled to perfection? And the Peruvians make some mean marinated steak kebabs called anticuchos that have become one of their go-to appetizers over the centuries. They’re simple in their preparation and loved by the masses for that very reason. And the fact that it’s steak on a stick… I mean, come on. 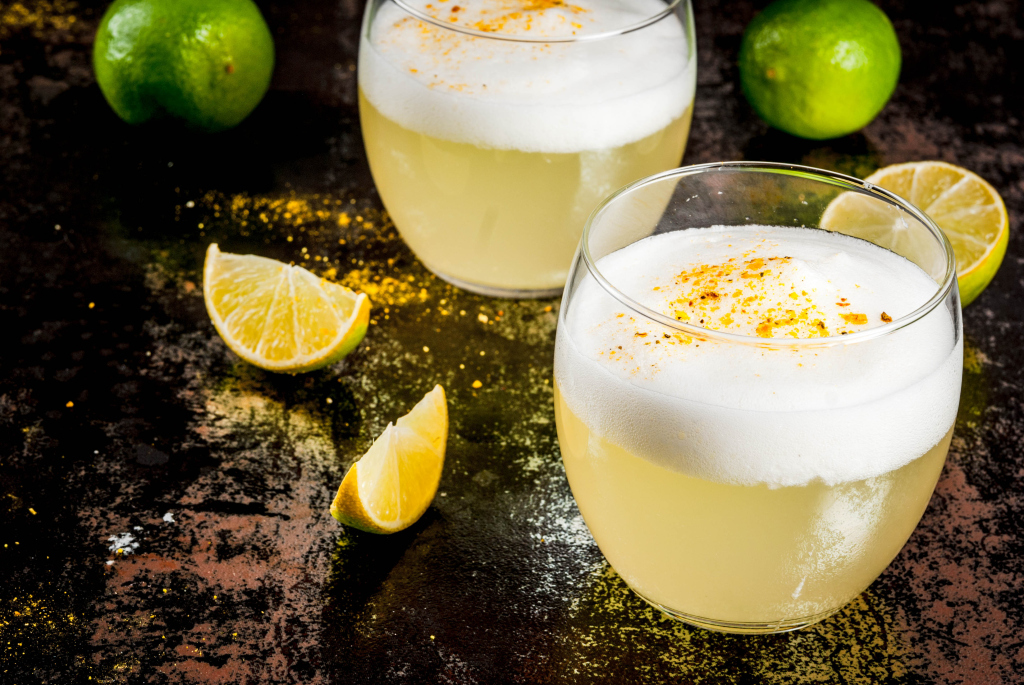 Pisco sour is pretty much the national drink—the drink of the Peruvian people. And boy, did they choose a good one to represent them. So, don’t even dream of doing a Peruvian-themed World Cup party without these bad boys… and trust me, you won’t regret it. I’m assuming most of you know what pisco sours are but if you don’t, look up a yummy recipe that you like and you can thank me later. 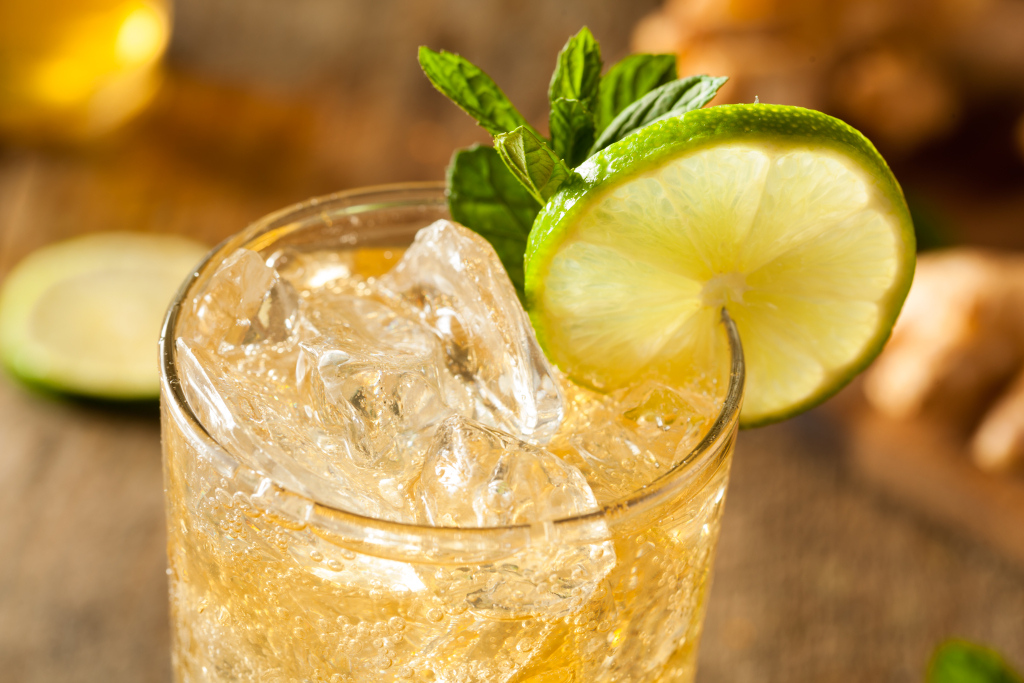 Chilcanos also require pisco, so they’re the perfect alternative to the pisco sour for the guest that just isn’t feeling it. And also, much simpler to make. All you’ll need is some ginger ale and lime juice with your pisco and it’s a wrap. These go down way too easy, so I’m warning you now: proceed with caution. 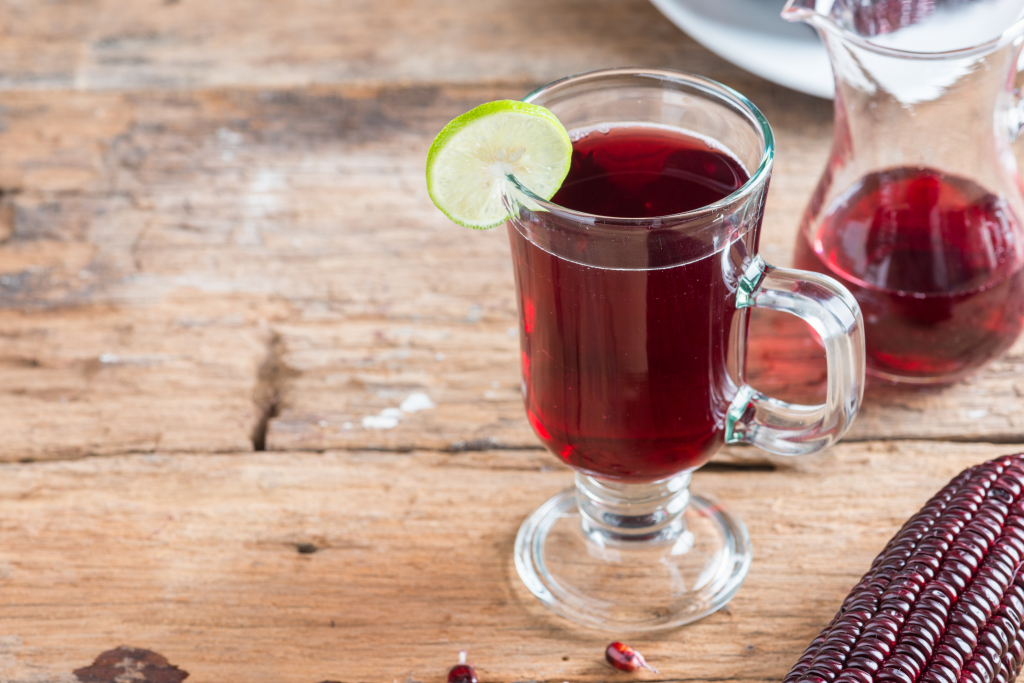 I was in search for a third drink idea to give you guys that didn’t include pisco—for the sake of diversity. And I’m not gonna lie, it was very difficult. I had to consult with one of my Peruvian sources: my buddy Jannkarlo (my Peru guru, if you will). He confirmed what I previously had suspected, that there just aren’t many authentic Peruvian cocktails without the use of pisco. I’ll admit, this is kind of an endearing quality about Peruvians. So, I went with a non-alcoholic option, chicha morada. If you’re feeling truly ambitious, look this one up and make the Peruvians proud. 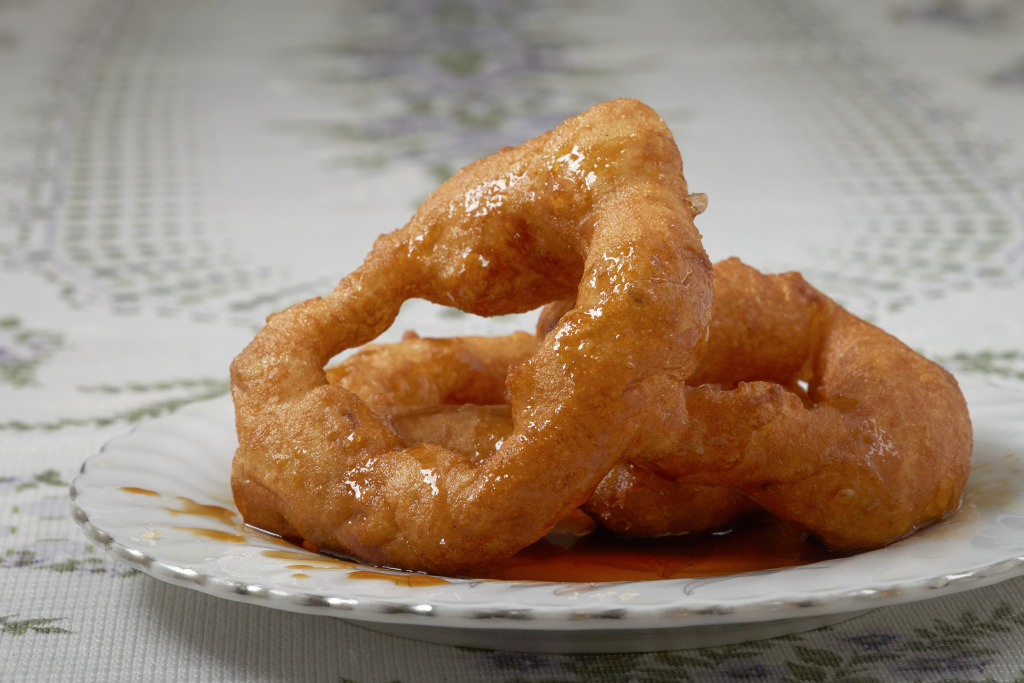 They’re pretty much the donuts of Peru, only they’re usually made with squash or sweet potato, and they’re served for dessert. They may look like your common buñuelo or beignet but they’re lighter and even simpler to make. Ring-shaped, alarmingly addicting, and even better topped off with some powdered sugar and syrup. 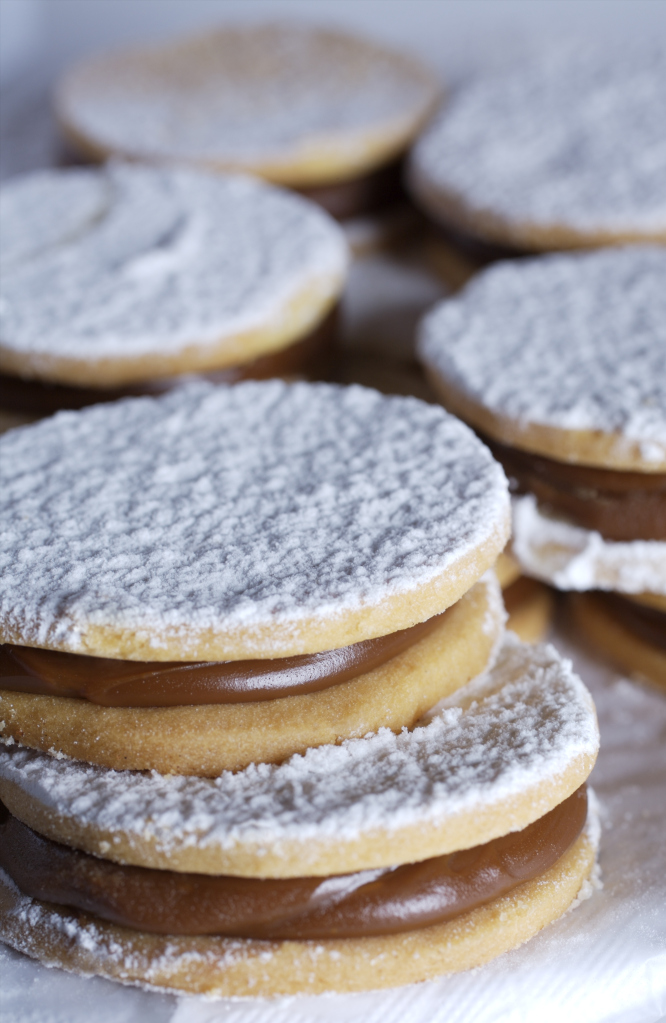 South Americans love them some alfajores. As an Argentinean, I grew up eating them… and when I speak to my Chilean, Peruvian, and Uruguayan friends, we all have that in common. However, each country has their own variation of these sweet delights. For the Peruvian experience, sandwich some manjar blanco between two shortbread cookies and sprinkle with powdered sugar. And while manjar blanco and dulce de leche are pretty much the same thing, if you’re going to have a Peruvian party… just call it manjar blanco for true authenticity. 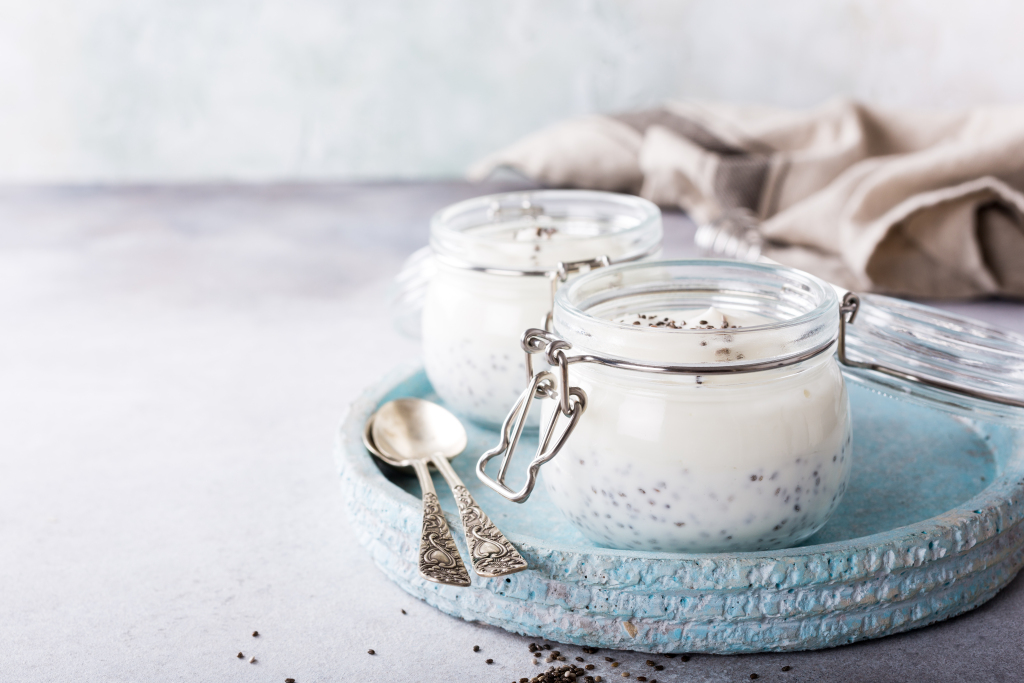 Quinoa pudding is slowly becoming the new thing in hipster joints, but most of their bearded, checkered-shirt-wearing, Coachella-going patrons probably don’t know that the birthplace of quinoa and all its preparations was the Andes. Peruvians have been eating quinoa since before Peru was even a thing (…if that even makes sense. Eh, you get the jist). Add some coconut and condensed milk for that sweet and tasty effect, and you’ll make the Peruvians look like the real winners… regardless of the outcome of the games. 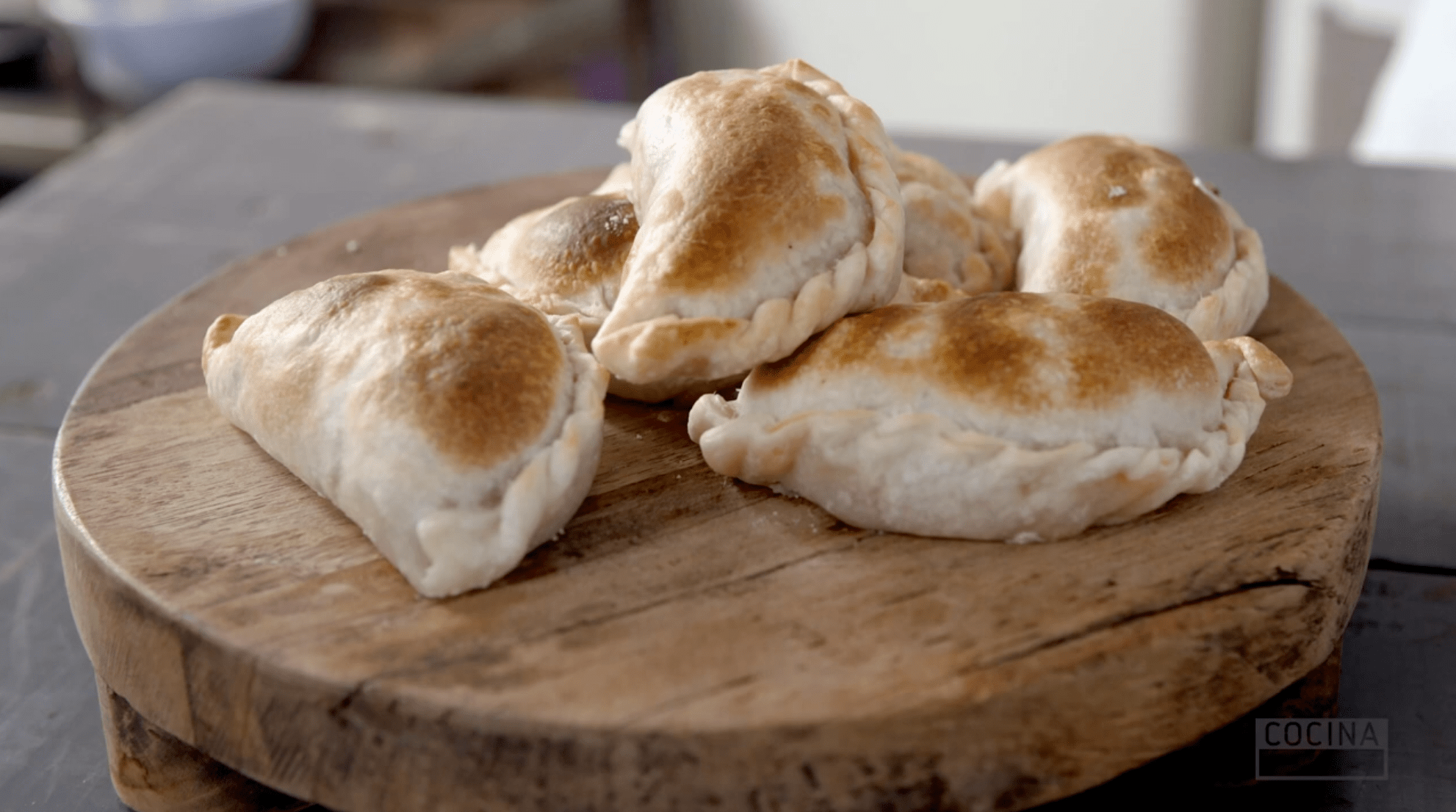 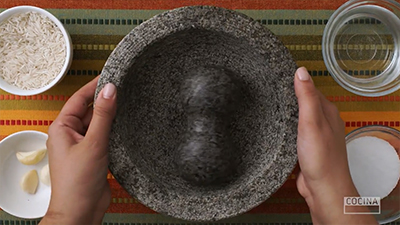 How to cure a Molcajete

Mornings become eclectic with these exquisite chorizo molletes topped with a fried egg. Try them with your favorite salsa!

If you still don’t know how to make rice but want to look like a pro, this easy Rice Pilaf is the ideal rice recipe to show off your chops.