Travel to Latin America with these 5 Tamales

Tamales are a staple of Latin American cuisine and many versions can be found across the continent. This delicacy has three main components: the masa or dough, the filling, which usually has meats, cheeses, fruits and or vegetables, and lastly the wrapper, typically a corn husk or a banana leaf. So go on a culinary journey and explore these five exquisite versions: 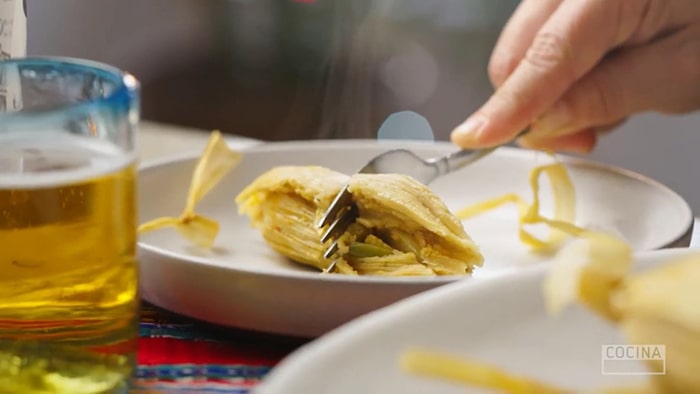 Mexican tamales have a dough made from ground corn, lime and fat and filled with meat that has been marinated with mole or salsa. Some of them are also filled with veggies, beans and/or cheese. The tamale is wrapped in a corn husk, tied with string and steamed. 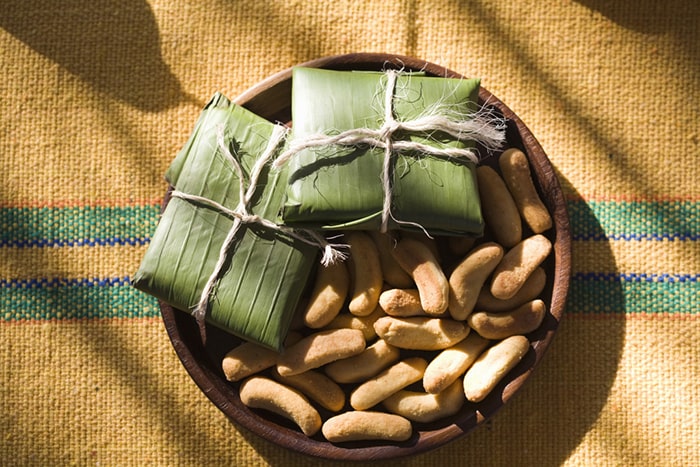 It is believed that the best Colombian tamale comes from the department of Tolima, east of Bogotá, a region known for its rice plantations. Its yellow dough has rice, chickpeas, a hard-boiled egg, carrot, pork, beef and chicken. It is cooked wrapped in a plantain leaf and the combination of all this ingredients gives it a unique, hearty flavor. 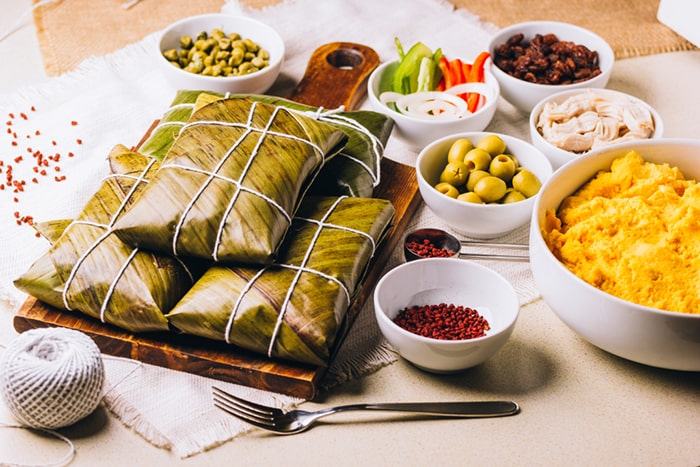 Hallacas are Veneuela’s take on tamales. The ingredients vary from region to region and they are a typical Christmas dish in the country. The dough is made from ground corn mixed with achiote cooked in pork fat and chicken broth. The filling is a stew or guiso made with beef, pork, bacon, onions, raisins and spices.  In contrast to other tamales, the filling used in hallacas is raw and cooked along with the dough, wrapped in the emblematic plantain leaf and boiled until cooked. 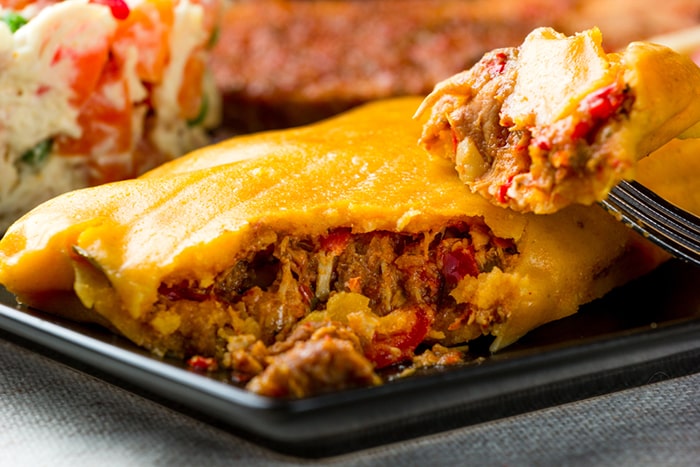 Pasteles en Hoja are the Caribbean version of tamales, and they are very popular in Dominican Republic and Puerto Rico. The dough in these pasteles is not corn based but made with a mix of grated plantains and other roots like yucca and yautía (malanga). They are filled with either minced beef or chicken stewed in a flavorful tomato sauce with green olives and raisins. These pasteles are wrapped in a banana leaf, tied and boiled until cooked. Another version is made with a yucca and sweet plantain dough…to die for! 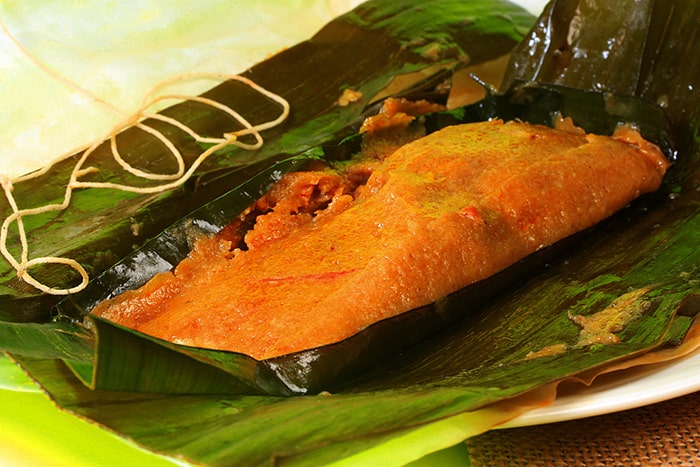 Guatemala’s version of this dish, tamales colorados (red tamales), is much larger in size and has a characteristic red color yielded by the use of achiote in the filling. Just like the pasteles en hojas and hallacas, tamales colorados are prepared during the Christmas and New Year holidays. The filling is made with chicken that is stewed with guajillo chilies, achiote, cinnamon, cloves and other spices, giving it a very distinctive flavor. The tamales are placed in a steamer, covered with additional banana leaves and steamed until cooked.

Which one will you try first? 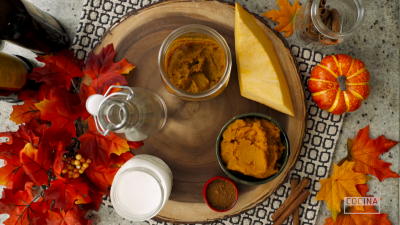 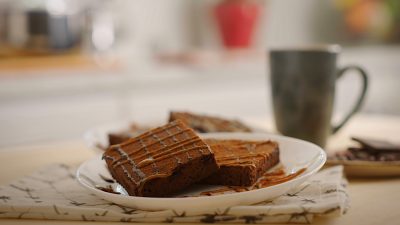 This masterwork of ceviche art is a recipe from our friends at Ceviche Project.

Looking for a comfort yet festive dish to welcome the new season? Fall back with our guest Chef Alejandra Schrader Fiesta Pasta Salad!