The Christmas Tradition Of Mexican Posadas

Christmas is celebrated by a wide variety of cultures and countries. And while the basics of the holiday season remain largely intact, all of them have a unique spin or tradition that they can call their very own.

Perhaps no other Christmas tradition is more interesting or engrained within a people than the Mexican Posadas. It is a celebration ubiquitous with almost all corners of the Latin American country, and takes place over the nine days leading up to Christmas itself.

In Spanish, ‘posada’ means ‘inn’ or ‘shelter,’ which in the context of the celebration alludes to Mary and Joseph’s journey to Bethlehem in search of refuge. Central to Mexican Posadas is the reenacting of this event, as groups of friends and family walk their neighborhoods, sing popular Christmas carols, and eventually making their way to a specific home (which changes each night).

As the tradition goes, on the way to the final home of the evening, the group sings La Canción Para Pedir Posada, which has two parts. The first part, which is performed by the outside group, plays the part of Joseph pleading with the innkeeper for shelter. The second part, sang by the group of people inside the home, plays the part of the innkeeper. The verses go back and forth between the two until finally the innkeeper lets Joseph in and provides him and Mary with shelter.

Then the real fun begins.

The celebration continues in any number of ways, but is typically in the form of a large fiesta complete with an abundance of food, drinks, piñatas, dancing, and laughing. We will be going into depth in a future post to detail the food and drink served at a traditional Posada. After a Bible read to kick off the festivities, the hosts provide the guests with food, drink, and piñatas for the children.

The History of the Posada

What is now a tradition throughout many Latin American countries was believed to have been originated in colonial Mexico over 400 years ago. In the year 1586, the Augustinian prior, Diego de Soria, was given a papal bull from Pope Sixtus V to commemorate what translates to “the Christmas gift masses,” which were to be celebrated December 16-24.

Coincidentally, the native Aztecs were honoring their god, Huitzilopochtli, at around the exact same time. The friars took advantage of this happenstance and decided to combine the holidays into a single tradition honoring both histories and cultures. The celebrations were originally held at the church, but soon after evolved into haciendas and family homes over the years.

Today, the Mexican Posada is making its way into North America just as it is being traditionally celebrated in Latin America. People are gravitating towards the Posadas because of how it brings neighborhoods and communities together in events that pay homage to culture, food, family, and ancestry, where lots of tamales and churros are served.

Many Americans don’t realize that the activities they engage in during the holidays are already closely linked to Mexican Posadas. Caroling. Christmas mass. Gathering with family over food and gifts. These things are universal, and speak to the warmth and celebration of good company that make us all so jolly around this time of year.

So, when you’re enjoying what makes Christmas so special for you this year, just know that people all over the world are celebrating in the exact same way, even if their traditions are just a little different than yours. 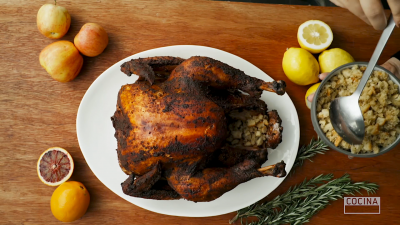 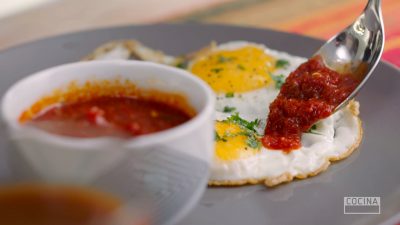 Spice up your chicken with this easy and mouthwatering sauce, inspired by the traditional Peruvian recipe.

Give a twist to the classic Manhattan cocktail with a surprise ingredient, a spooky version for this Dia de Muertos season.