Tex-Mex is a familiar subcategory of Mexican cuisine that, as the name describes, combines popular food groups from Mexico and Texas. What many people don’t know is that the TexMex (no hyphen) name was first used in 1875 referring to the train route that connected Mexico to Texas.

It wasn’t until 1970 when Tex-Mex became a staple cuisine in the lower 48’s largest state. The unique combination of Mexican flavors and Texas food staples has launched a food movement that has stretched to the far reaches of the globe.

These 5 Tex-Mex dishes are easy enough to enjoy from the confines of your home, and tasty enough to make for years to come. 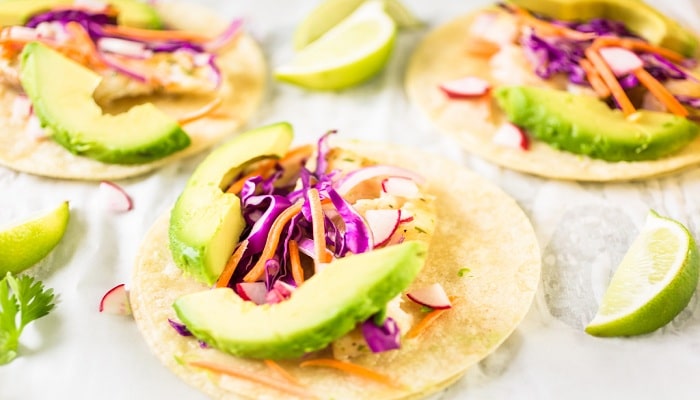 A chalupa is like a taco but made with a semi-soft, semi-crunchy fried tortilla shell. It’s this fried, flakey tortilla that is the backbone of the tuna chalupa, which is a bit of a twist on the more traditional filling of chicken or beef. It might sound weird, but it’s an homage to Baja Mexican food with a Texas flair. The tuna is typically sliced, pan seared, and served in the chalupa with shredded cabbage, lime juice, and a creamy chipotle sauce.

This is a fish taco on steroids, and is best paired with a cold Mexican lager and a bucket of pico de gallo. 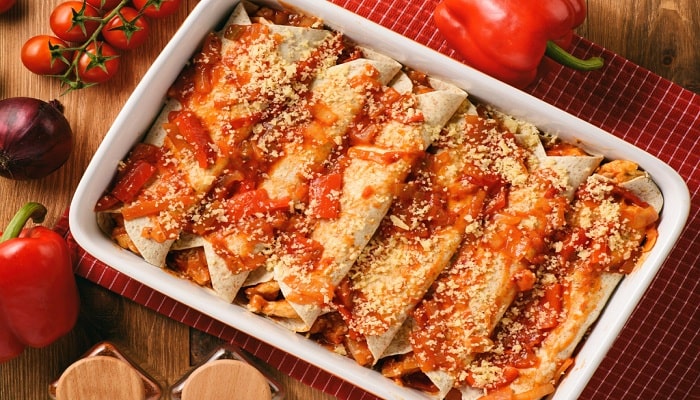 Enchiladas are a Tex-Mex staple, and can be made with any number of ingredients piled on top of corn tortillas, smothered in yellow and white cheese, and baked within an inch of their lives. Chicken enchiladas are probably the most popular version, featuring slow-cooked, shredded chicken that has been marinated in a Mexican spice blend and its own salty juices.

At the heart of this dish is red enchilada sauce – a pureed tomato based slurry that is made with roasted red chilis. Keep plenty of water handy. 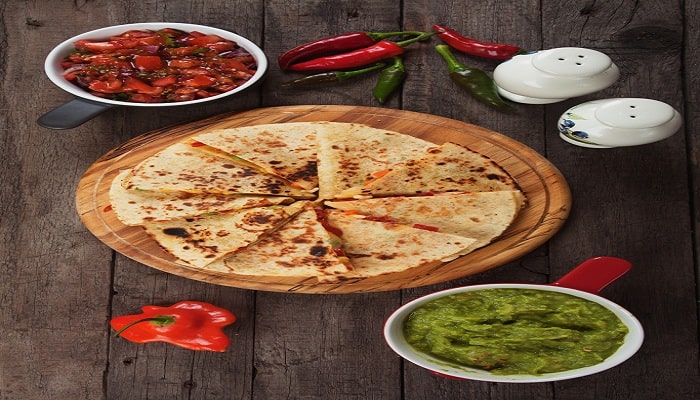 We’ve all had the pleasure of stuffing our faces with the simple joy of a freshly baked quesadilla. If you’re looking to take your melted cheese and tortilla game to the next level with a healthy ladle-full of chorizo. Chorizo is a Mexican cured pork sausage mixed with Aleppo pepper, chili powder, garlic, cloves, cumin, and coriander. It is often smoke-cured, giving this particular quesadilla an original and tasty flavor profile.

There are many things you can add to a quesadilla to make it great, but chorizo is an absolute can’t-miss. 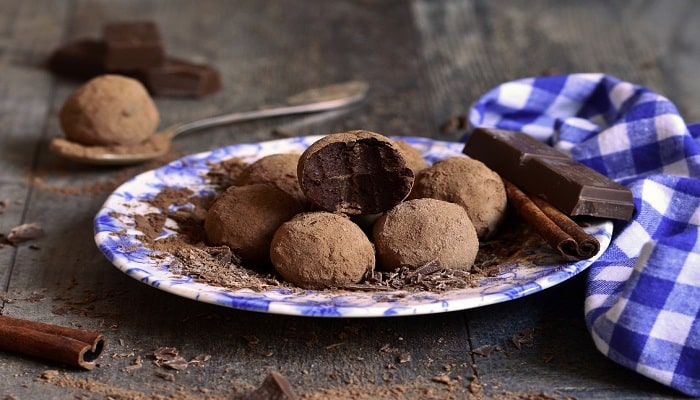 There are few things that could be done to a chocolate truffle to make it better, but this Tex-Mex specialty might actually get it done. The key is mixing traditional Mexican spices (cloves, cinnamon, nutmeg, all-spice) in with the melted chocolate and heavy cream before the truffles are poured. The result is a chocolate treat that is sweet, savory and just a little bit spicy.

And for future reference, chocolate and chilis are one of the culinary world’s most perfect pairings. Try adding chili powder to other chocolate desserts and reap the benefits sweet and spicy nirvana. 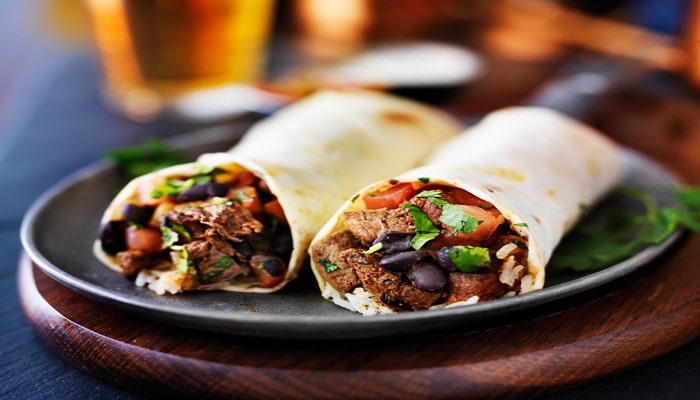 This one is pretty straightforward, but that shouldn’t discount how tasty and universally accepted a carne asada burrito is. Sometimes the simplest things are the best things. Carne asada is beef that has been seasoned, marinated and grilled, then chopped into small chunks for easy consumption. Mixing carne asada with the chili peppers of your choice and stuffing them in a piping hot flour tortilla is probably the best way to enjoy this Tex-Mex delight. 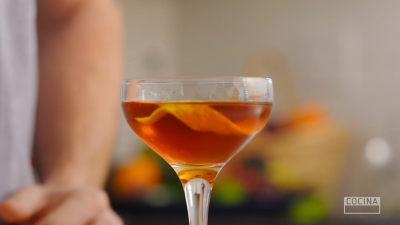 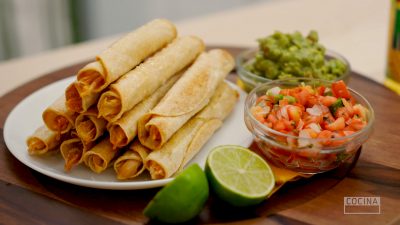 Step into Fall with a delicious and healthy treat that you can make with and for the kids.

Eggs, tortilla chips and salsa, a glorious combination for breakfast, lunch and dinner.