Q & A is an on-going articles series where we ask Latinx creators about different topics.

This year, to talk about heritage and its influence in our daily life, we asked the creator of the Cali Baja concept Chef Ruffo Ibarra, Silvana Carranza from La Cucina de Silvana and award-winning mixologist and global brand ambassador of Tequila Cazadores Manny Hinojosa.

Like we stated before: “Although we are all forged from the same flame, we are made from different steel. The heritage of every place, belief, and tribe we come from deserves to be honored as well. Our diversity is our heritage and our legacy.”

With over 34 years of experience, Manny Hinojosa (@manny_hinojosa) specializes in mixology. Born and raised in Mexico City, he is responsible for creating cocktails for major Mexican and American hotels, bars and restaurants.

He travels the world presenting the brand: Tequila Cazadores (@tequilacazadores). Manny’s passion and in-depth knowledge of tequila production coupled with his mixology prowess make him an expert in the field. 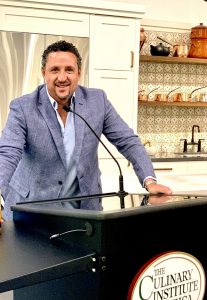 When asked about how he would define his cultural heritage and its influence in his life, Manny told us: “I am very fortunate to represent an international Tequila brand and my job takes me all around the world where I can define my cultural heritage every day talking about the history of Mexico, the tequila production and I developed cocktail recipes based on the classic ingredients and flavors of my country.

Silvana Carranza (@silvanapastrychef) was born in Lima, Peru. In 2011, when she finished her studies, she decided to start her first culinary business where she made desserts using Peruvian treats. In 2017 she moved to California with her husband, and she focused more on her culinary career, especially desserts and pastry. Little by little she began again to build a business, and La Cucina di Silvana (@lacucinadisilvana) was born.

Silvana is currently working hard to grow La Cucina di Silvana, promoting Peruvian food, and of course sharing her recipes with her audience. 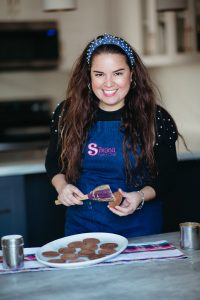 For Silvana, her cultural heritage is “multicultural”: “I come from a country steeped in different cultural influences throughout its history. This generates wealth in my day to day life and in my kitchen. It inspires me to create and recreate based on all the cultural mixes found in my country Peru.”

Last but not least, we reached out to the amazing Chef Ruffo Ibarra (@ruffoibarra). He grew up in Tijuana, in a bilingual environment and sharing recipes with his mother.

After finishing school, his family didn’t want Ruffo to make cooking as his professional career. When he told his father that he wanted to be a cook, his response was discouraging.

Ruffo was willing to do anything to prove to his parents that his future was going to be in high end cuisine. So he decided to work in the kitchens of big hotels and restaurants in Tijuana until his family recognized his talent. After that, he enrolled in the Culinary Art School of Tijuana.

During his time at the Culinary Art School, Ruffo wanted to leave his own footprint. It was in 2015 when his restaurant Oryx Capital (@oryxrestaurantemx) opened for the first time. This was where his vision of “Cali-Baja” took shape. In his restaurant, Mexican and American flavors intermingle, in a fusion where local products are the star. With a relaxed and unpretentious style, this chef has caught the attention of the whole gastronomic world. 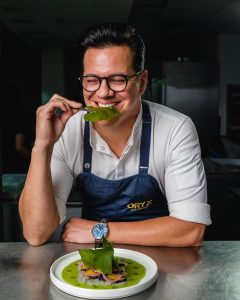 Ruffo thinks his cultural heritage is part of his DNA: “In my case, my DNI comes from northern Mexican, and because of my growing up in Tijuana it has become a binational culture, and it’s present in everything I create.”

Just like food is at the center of Latin culture, we could argue the same for families.

So, what memories in their family kitchens do they most fondly remember? Did they “inherit” any tips (and recipes) from the older generations?

Ruffo’s mother took an important role in his cooking style: “My mother says not only did I learn how to cook in the kitchen, but she also taught me how to dance in it, but most importantly I learnt the art of serving others in the kitchen, and that until this day has been the greatest heritage I’ve received.”

For Silvana, the most beautiful memories are always related to food, she thinks is the most beautiful union that exists. “My memories in the kitchen range from putting my hand in the spatula of the chocolate cake my mom made, to helping my godmother make lasagna from scratch. Or cooking pasta with my dad on Sundays.”

As far as the inherited tip, she remembered: “My mom always put a pinch of salt in everything she did. That tip to balance flavors I have carried with me until now. I go against the rules and use salted butter in all my desserts. Those little secrets make the difference in the flavors of the things I prepare.”

Manny learned to cook when he  was 10 years old, after suffering a terrible accident that prevented him from attending school and put him in his home and hospital for a long period of time: “Instead of staying in my room, I used to go to the kitchen to be with my mother and I learned to cook. What I learned from my mother during that time is now what I use in the cocktail bar. It led me to win international awards and at the same time to represent my land.”

And what about paying homage to their heritage in their everyday life in the US? Do they find it difficult?

Manny thinks it is quite the opposite thing. “It is an honor for me to be able to share with the world my stories, my recipes and my experiences living in the United States and Mexico and traveling internationally.”

Silvana thinks it has become easier for her to pay tribute to her cultural heritage since she lives in San Diego, CA: “Living far from your homeland makes you value more than you think, I live my day to day formatting the Peruvian culture through my networks. And I will continue doing it until life and God allow me.”

For Chef Ruffo, California seems more and more inspired by Mexican traditions, so creating locally inspired dishes and concepts only gets easier and easier.

So, how do they plan to keep honoring their heritage and cultural roots in their line of work?

Ruffo stated that a big part of who we are, we owe to our family and cultural roots. “Allowing this heritage to be an essential part of our personal and professional development, helps us evolve while taking advantage of the richness in our traditions.”

For Manny, we Latin Americans are very lucky to have a culture rich in history, traditions and the culinary part that everyone wants to try and learn to do.

And Silvana told us something very important about our Latinx Heritage: “I think many people are still afraid to show and be proud of their roots because of prejudice or lack of empathy between different cultures or races. I believe that each person has a duty to spread and empower their culture through their generations so that we can create more awareness. It is up to us to carry and promote the Hispanic heritage of our cultures”

We love finding people that keep honoring their large history and rich heritage, even when they are away from their home countries, and Ruffo, Silvana and Manny are incredible examples of this. Thank you for kindly sharing your remarkable thoughts with us!

(Editor’s note: opinions and statements have been edited and condensed for length and clarity). 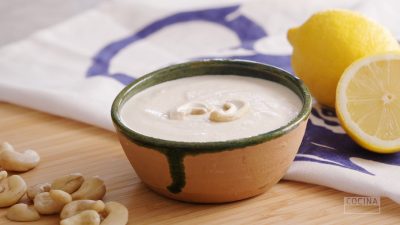 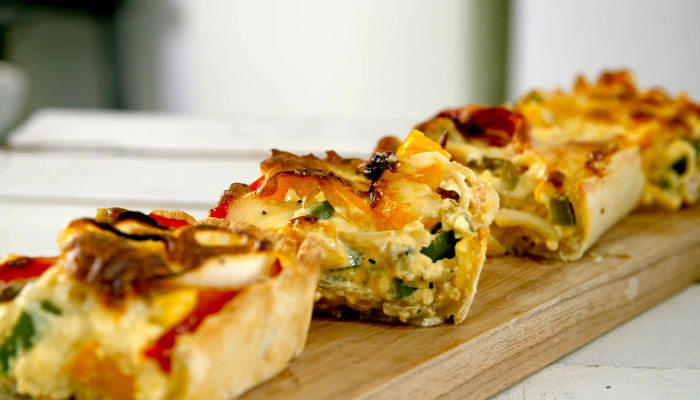 This appetizing and nutritious hummus made with edamame and avocado will become your new favorite recipe as it is perfect as a healthy snack, a side dish or a dish to share.

This juicy Mexican-style flank steak is perfect for a taco party all year long.