The history of the Art of Food: Famous meals that inspired the greatest maestros

Art has the ability to inspire us. It can make us think, dream, and find new meaning in our lives. It can also make us hungry. Food paintings and depictions of edible things have been part of famous artworks since the very beginning. From portrayals of crops and bread to hyper-realistic grapes painted by Dutch masters, food and art have a long and rich history together. Here are some of our favorite famous meals that inspired the greatest maestros, part of the history of Art of Food. 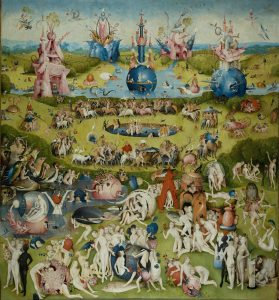 The Garden of Earthly Delights – Ecclesias Paradise – by Bosch – via Wikicommons

The dominant subject of the painting is fleshy pleasure. In one area, a group of nude figures intertwine while nibbling on a gargantuan, succulent strawberry. Others swing rapturously from palaces built of forms resembling turgid reproductive organs, shimmering crystals, and seed pods ready to burst. Roughly 500 years later, today, an innovative Latino contemporary artist by the name of Nicola Costantino has recreated Bosch’s masterpiece into a fully edible art exhibition known as Art of Food including a pristine Lexus ES vehicle making a bold point about the intersection of art, food and engineering. 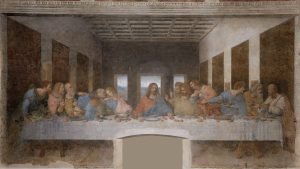 The Last Supper by Leonardo da Vinci – Via Wikicommons

The Last Supper is one of the most famous meals in history, but not necessarily the most pretentious. If anything, the depiction of Jesus’ final meal with his twelve apostles is a humble representation of food as you might expect from who’s regarded as the standard for modesty. A piece of bread, grilled eel and orange slices. The genius of one of the many indisputable da Vinci’s masterpieces comes from its sense of perspective, in turn enabling the spectator to appreciate the composition of the fresco and submerging in a moment many have wished they were direct witnesses. 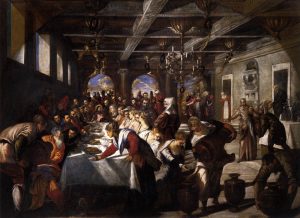 Marriage at Cana by Jacopo Tintoretto – via Wikicommons

This masterpiece depicts the moments before Jesus’ first miracle by turning water into wine at a wedding he, Mary and the Apostles had been invited to. The sober colors in this masterpiece by the Venetian artist provide a hint as to how the moods were before the miracle was realized. 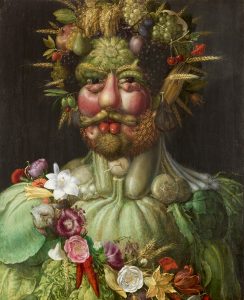 Vertumnus by Giuseppe Arcimboldo – via Wikicommons

A portrait of Holy Roman Emperor Rudolf II re-imagined as Vertumnus, the Roman God of metamorphoses in nature and in life, it’s the most famous work by the mannerist painter Giuseppe Arcimboldo. To create that striking analogy, Arcimboldo decided to portrait the long-time deceased emperor’s face with perfectly placed apples, pears, grapes, beans, cherries, artichokes, figs, plums, corns, onions, pumpkins and other fruits, vegetables and flowers from all seasons to depict his facial features.

This wonderful painting shows striking vignettes from everyday life, with religious scenes in the background (a very common practice during the late Renaissance. Now, add to the mix the backstage preparation for a grand feast by the house servants, surrounded by the best food you could get in the XVI and XVII centuries.

It seems there were never enough feasts to paint for this Italian High Renaissance artist, deemed one of the great three of the Cinquecento. In Veronese’s Feast at the House of Levi, Jesus is portrayed as the central figure of the banquet, since it was requested for the Basilica di Santi Giovanni e Paolo, a Dominican friary. We can see Saint Peter carving a lamb, next to Jesus, Judas looking nervous, while another apostle picks his teeth sitting on a table filled with wine, goblet glasses, jugs and glasses.

Giovanni Bellini and Titian’s The Feast of the Gods is one of the greatest Renaissance paintings in the United States by two fathers of Venetian art. In this illustration of a scene from Ovid’s Fasti, the gods, with Jupiter, Neptune, and Apollo among them, revel in a wooded pastoral setting, eating and drinking, attended by nymphs and satyrs. 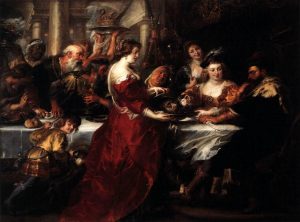 The Feast of Herod by Peter Paul Rubens, via Wikicommons

So, you sit back at the head of your table, ready for a big feast that includes lobster and game birds. And for the piece of resistance: John the Baptist’s head, on a silver platter. You revolve in horror -such as Herod did- when his stepdaughter brought him the Saint’s head. Rubens captured the outlandish moment when Salome surprised her stepfather, following her mother Herodias’ instructions, after he granted her any wish she had for her beautiful dancing. 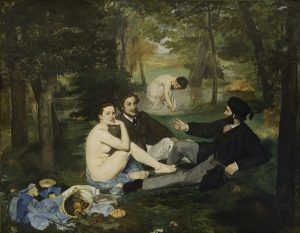 Luncheon on the Grass by Edouard Manet, via Wikicommons

It has become synonym with “art”, but this painting by the modernist Manet was vilified at first.

It was not only a depiction of a placid picnic on a sunny day by the Seine, with fresh fruit and brioche. It broke all kind of rules and art conventions of the time while contradicting the sense of realism in paintings: the lack of sense of depth, the two men dressed while the female hero – because she’s the main character in this staged scene- is naked while directly looking at us in the eye.

This scene of a peasant wedding is without question one of the most famous and recognizable images in western art. The scene depicts a country village wedding, which takes place inside a barn stacked with straw, mirroring contemporary belief that the most propitious time for a marriage was after the harvest. The spectator is placed at eye-level, which immediately fully engages them with the celebration before them.

As for our own pick, we’ll go with Nicola Costantino’s current rendition of Bosch’s Garden of Earthly Delights through her Art of Food exhibition. The artist succeeds at recreating one of the world’s most significant masterpieces in 3D while integrating a pristine Lexus ES vehicle, and in turn allowing art and technology to converge. 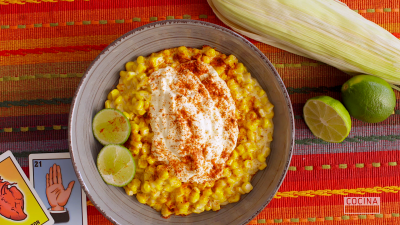 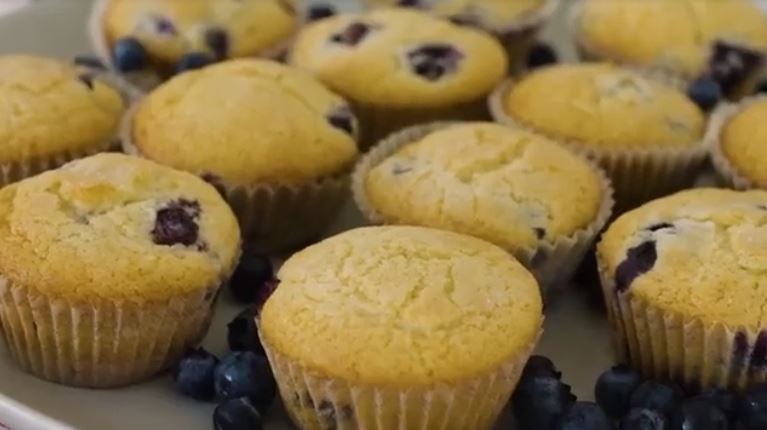 Show off your bartending skills at your upcoming Halloween party with this spooky and creative cocktail.

Make this delicious and easy egg skillet that combines the Mediterranean shakshuka and Mexican huevos rancheros. Another amazing recipe from our guest Chef Shelly Gilad from Shelly’s Humble Kitchen.