Five Soups You have to Try

With the cold seasons officially in full swing, we are shifting our culinary preferences away from salads, fruit bowls, and afternoon grilled meats to soul warming soups, stews, and other steamy bowls of comfort. Soups and stews are a staple of Latin American cooking, and can be as simple or complex as the chef decides to make them.

These five soups are not only nutritious and delicious, they should give you a foundation of go-to recipes to stand on if this is your first time dipping your wooden spoon into the world of brothy goodness. Soups are one-pot wonders of the kitchen, and will do well to warm your guests bellies during the dark months of the year.

Here are five soups that despite not being originally from Latin countries, they are widely consumed in South and Central America. 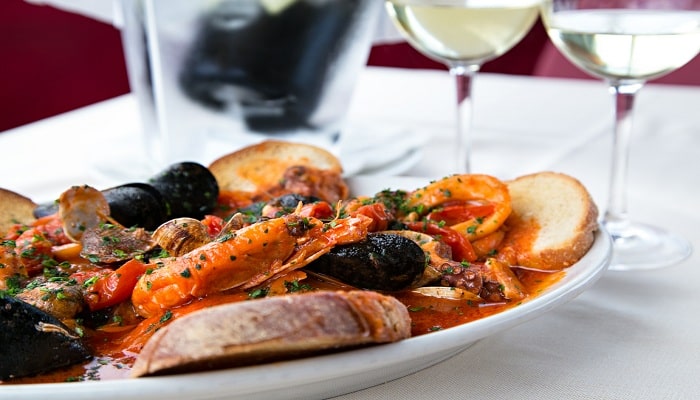 For most people, French cooking is about as accessible as climbing Mt. Everest. However, as daunting as foie gras or croquembouche are, you shouldn’t be intimidated by bouillabaisse. The word, in fact, comes from the root words “bouillier,” which means “to boil,” and “baisse,” which means “leftovers.” It was traditionally made by sailors with whatever fish they failed to sell that day. Today, bouillabaisse takes the form of a hearty seafood and vegetable soup that can contain any number of fresh or leftover ingredients. There’s plenty of room for experimentation here, and should impress your friends and family no matter how the end product turns out. 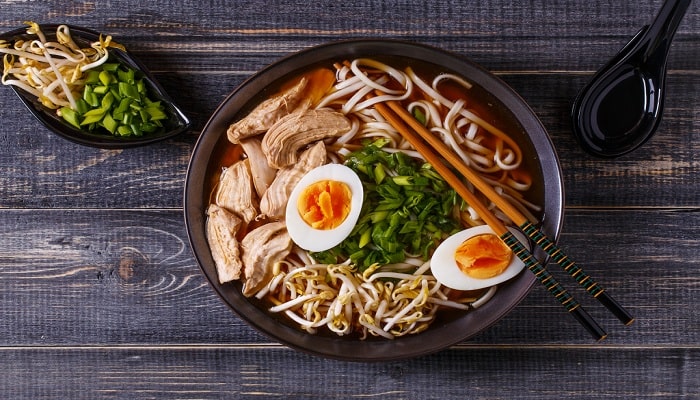 Ramen is all about the broth. Good ramen is built upon a solid base of broth that can take anywhere from 12 to 16 hours to cook, and can contain any number of spices, bones, and vegetables to give each batch a distinctly new flavor profile.

Once the broth has simmered to its desired density of taste, it is poured over an assortment of noodles, meats, vegetables, eggs, nori seaweed, and anything else you can think of might go well together. Most traditional ramen recipes have been passed down and improved upon over generations, and remain closely guarded secrets by those who are lucky enough to know them. This soup is very popular in Perú. 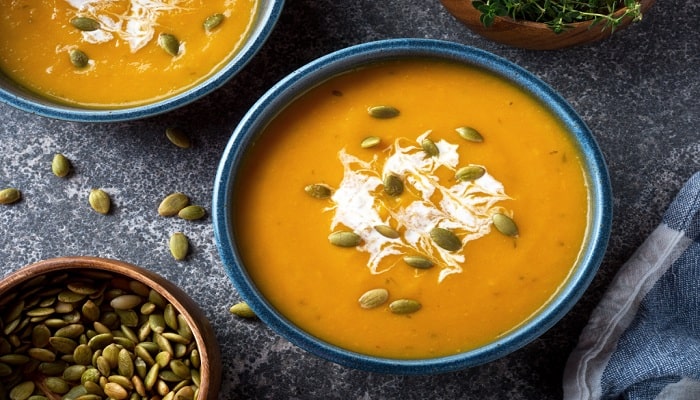 Joumou is a traditional Haitian soup that was originally created over two centuries ago. It is enjoyed every year on Haitian Independence day as a symbol of the country’s freedom from Feudal France. Legend says that it was prepared by the slaves but they couldn’t eat it, but after the revolution it became a symbol of their freedom.

The primary ingredient in joumou is squash, accompanied in a salty broth with beef, vegetables, and paired with a few slices of toasted bread. This hearty soup is not only a point of national pride for the Haitian people, it is one that should be enjoyed by people from all cultures and countries. 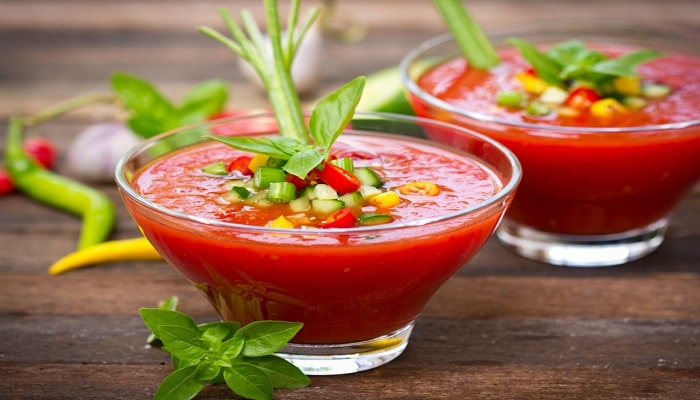 While gazpacho isn’t traditionally served hot, it still manages to warm you from the inside out with intense flavor, acidity, and spice. It comes from the south of Spain, and is prepared by blending an assortment of fresh vegetables – primarily tomato, garlic, onion, and cucumbers.

Those diced vegetables are cooked, blended, then cooled before serving with a hefty dollop of sour cream to top things off. Additional ingredients are olive oil, salt and pepper, and can be spiced up with an assortment of traditional Spanish herbs and spices for a bit of extra kick. 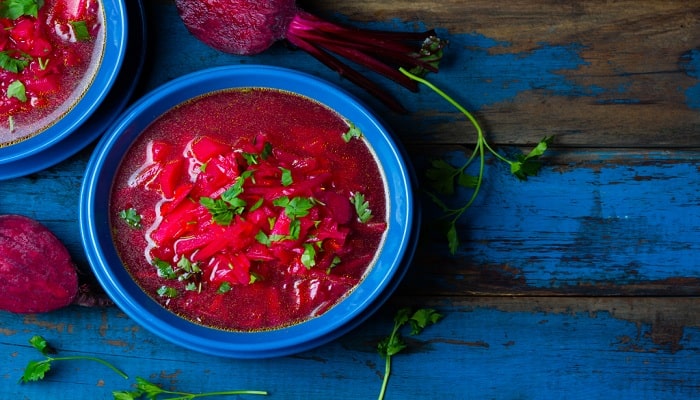 This popular Russian soup is made with a base of boiled beets, and can be found stewing in the winter throughout the massive eastern European country. It is high on calorie s and has the desired effect of keeping bodies warm in the most severely cold months of the year.

The beets are paired with other vegetables to round out the flavors, including potato, carrots, onion, cabbage, garlic, bay laurel, and finished with salt and pepper to taste. This is the quintessential peasant soup, and is as easy to make as it is delicious. Add a little bit of Russian to your culinary repertoire with one of the most widely enjoyed dishes in the world. 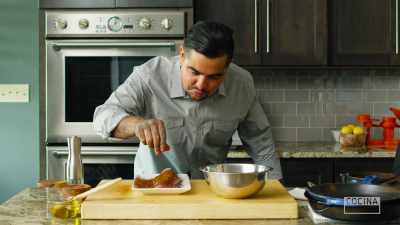 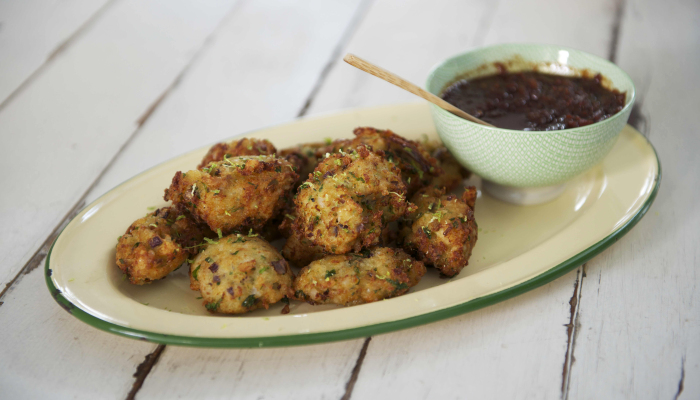 Learn how to make the perfect Frida-inspired cupcakes for your upcoming Día de Los Muertos celebration.