Mexican food has undergone some rough, albeit mostly delicious, transformations here in the United States. However, what most people don’t realize is the traditions and complex flavors imbued into the Mexican food culture go well beyond the well known staples like the burrito, taco, and huevos rancheros.

The good news is it’s becoming easier than ever to get your hands on authentic, diverse unique Mexican dishes that will make you wonder why you never tried anything from there that wasn’t prepared from a street cart.

And, if you’re feeling extra adventurous, consider trekking deep into the depths of one of Latin America’s most varied food cultures by taking a trip there yourself. You’re bound to run into one of these 5 dishes, which are certain can’t misses for people who want something a bit more refined than the popular taco fast food restaurant.

No matter how you slice it, chile peppers are a prominent ingredient, color, and flavor profile in Mexican cuisine, so it makes sense that we’d start with a dish that puts them on center stage. Chiles en Nogada feature a single meat-stuffed poblano pepper, baked or fried, topped with a walnut cream sauce, and garnished with dried fruits such as pomegranate seeds.

It’s a decadent and filling treat, combining savory, spicy, and sweet flavors in a way that highlights one of Mexico’s most cherished ingredients – the poblano pepper. The dish traditionally comes from the Mexican state of Puebla, and is tied closely to the independence of that state from emperor Augustin I. It is a source of national pride, and as such presents the three colors of the Mexican flag (green, white, red). 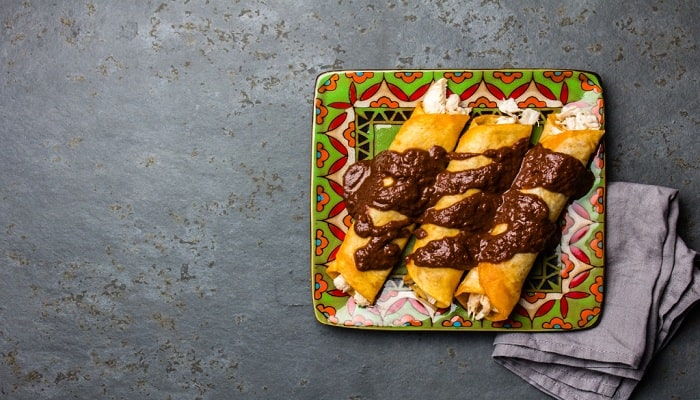 The dark, rich, chocolaty mole sauce is one of Mexico’s most famous and celebrated sauces (sorry chile con queso). This dish utilizes mole as the centerpiece in a dish that also features the previously mentioned poblano peppers. In the case of mole poblano, the chili peppers relinquish the lead role and are a mere vessel for which to consume the mole sauce, which uses chocolate and sweetness to counteract the heat from the peppers.

This history of mole sauce is fuzzy at best. It is thought the origins of the sauce reach as far as Northern Africa before making their way out west. And while it has recently made a resurgence in contemporary Mexican cooking, it has existed in the states of Puebla, Oaxaca, and Tlaxcala for centuries. 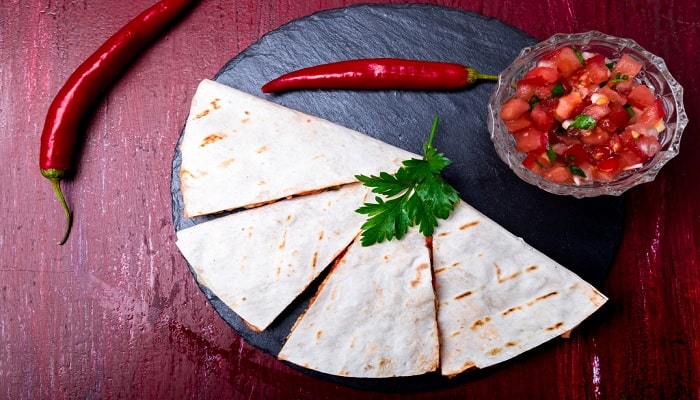 Whoever said seafood and cheese should never sit next to each other on the same plate has probably never laid their tastebuds on quesadillas de camarones. The setup here is pretty simple: tortilla, cheese, shrimp.

That’s right! This ain’t your grandmother’s quesadilla, but it’s one brimming with such unique flavors and textures you’d be a fool not to give it a try. In Mexican cooking, seafood is typically paired with chipotle peppers and heavy cream to help bring out the sweetness in ocean-dwelling fare. This dish is no different, and will have you wondering why you haven’t been pairing seafood with cheese all along. Just don’t let me see you putting smoked salmon on your margarita pizza anytime soon. 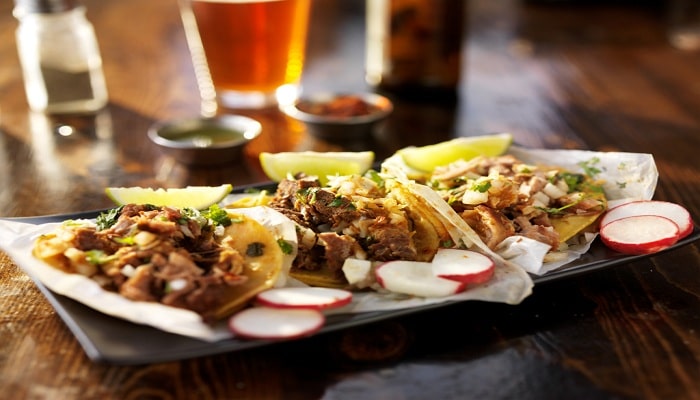 Carnitas literally translates to ‘little meats’ in Spanish – a descriptor that does little justice to explain just how important and prominent they are in Mexican cuisine. Traditionally, carnitas are prepared by slow-braising or simmering pork shoulder in oil until tender and juicy. This typically takes 3-4 hours, after which the meat is shredded or pulled into tiny morsels of Latin American heaven.

In this dish, the carnitas are paired with a red chili sauce and served in a traditional street taco style. There’s nothing particularly ground-breaking or complicated about carnitas picantes, other than the fact that you’d be hard-pressed to find pork prepared in such an utterly simple, but delicious form. 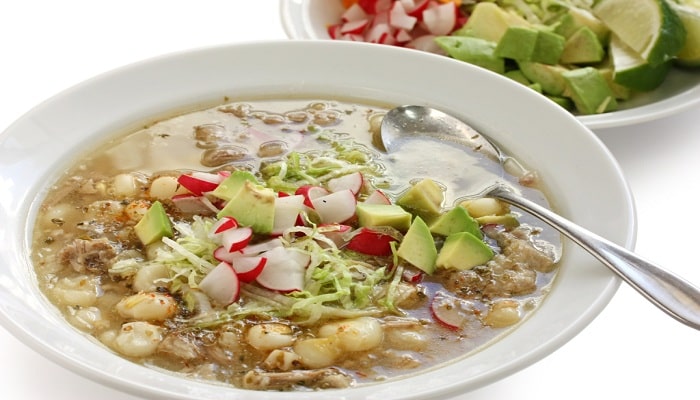 If you find yourself walking the streets of Mexico City in the heart of winter, looking for something to warm your bones and comfort your soul, look no further than a steaming bowl of pozole – a traditional Mexican stew that combines hominy, pork, and a spicy red chile sauce to tie it all together.

Pozole is typically served as a celebratory dish in Mexico on birthdays, holidays, and the day of Mexican Independence. It’s spicy, filling, and combines the rich history of Mexico with a handful of its most championed and oft-used ingredients. Pozole is finally becoming a dish you can get anywhere in the world, but for the best, most authentic experience of this one-of-a-kind treat, it’s best served at the source. 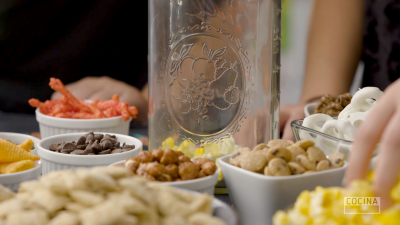 Do you dare try these exquisite chocolate brownies with a touch of spice? An easy treat to enjoy with the whole family and quick to make with Royal Prestige cookware!⁠⠀

Learn how to make four different kinds of empanadas for this holiday season, because who doesn't love an empanada?