In April of 2017, CHD Expert, a company that collects and analyzes food service and hospitality data, evaluated the Mexican restaurant industry in the U.S. and reported that Mexican cuisine is the second most popular menu type in the country. This is probably not surprising. Salsa knocked ketchup out of the spotlight as the U.S.’ number one condiment either around 2013 or 20 years before that, and the rest has been history. Mexican food in the U.S. has long been cemented as a part of the lifestyle in the States, thanks largely in part to the hybrid of Mexican/United States (Tex-Mex) cuisine in the Southwest, with all its proximity to authenticity.

Mexico is just one Latin country out of 33, though, and nuance has long been needed in the Latin food in the U.S. conversation. When Spanish media industry veteran Emiliano Saccone teamed up with Mexican-American chef, restaurateur and TV personality Aarón Sánchez to create Cocina, they took that nuance head-on. Cocina is a “mobile-first” multimedia website dedicated soley to Latin food and culture. 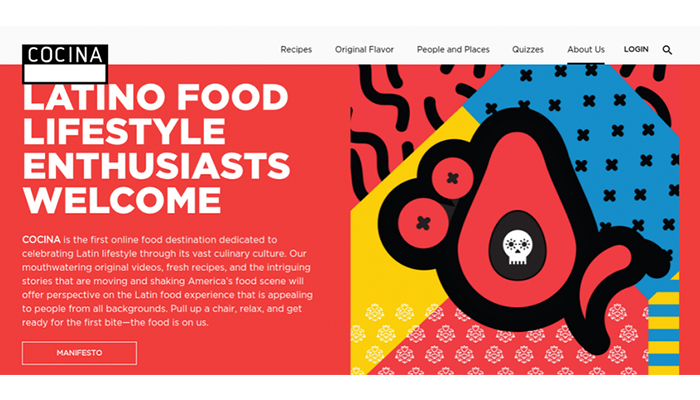 The content at Cocina includes things like a recipe for Tempeh Chicharrón, a vegan dish made with Latin flavors, and videos on how to make Colombian cocktails like the Refajo Colombiano, as well as everything you would expect from a Latin food website like empanada explainers and of course recipes for mofongo. 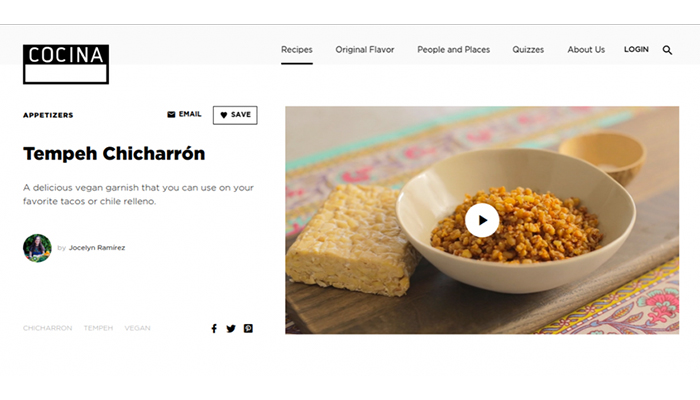 Video recipe for a Latin-inspired vegan dish.AUTHOR’S OWN

Saccone and Sánchez wanted to bring a “cinematic experience” to both Latin food lovers and the general U.S. public who may not be as well-versed in cuisine from countries like Colombia, Argentina and Peru. Cocina brings cinema to cooking a dish and can be seen throughout the website, mostly through original videos thanks to filmmakers Emma Tammi and Henry Jacobson.

“I mean, we eat with our eyes first and beautiful presentation is so important,” Sánchez said via email. Food media publications have jumped on the time-lapse cooking video wagon, a form of visual media that has exploded in recent years. Cocina does this masterfully, and broadcasts myriad Latin cuisine to website visitors, as well as to its 55,000 Instagram followers. 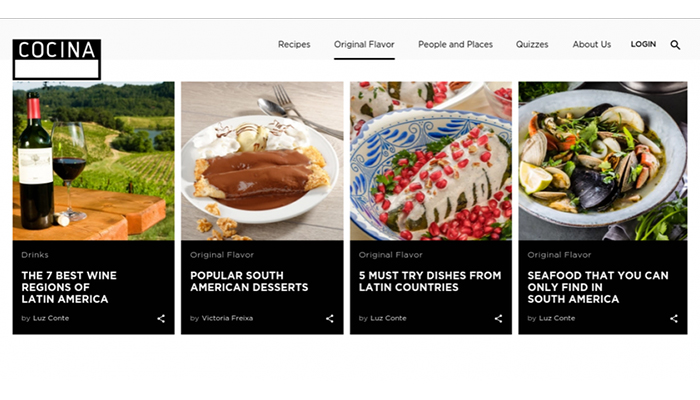 Sánchez sees Cocina as a way to spread knowledge and educate non-Latinos/Latinas, as well as a way to just simply give consumers what they want. “More and more people are buying Mexican, Cuban, Colombian, you name it, items at the grocery store and Latin restaurants are popping up left and right. I think that shows a big interest in the different cultures, and how necessary it is to diversify and give consumers more choices in their everyday life.”

“Our approach is simple: To inspire audiences with beautifully-shot content that is authentic, innovative and approachable. Cocina celebrates Latin culture through highlighting the diverse cuisines and stories that connect people around the world,” wrote Sánchez in the official Cocina press release from last year. Sánchez says the inspiration behind Cocina comes from the fact that the Latin community in the U.S. “is a very large and rapidly growing demographic,” and there really wasn’t one place that is the home for all things that are inherently Latin.

“It seems like we’re in the right place and time for this. Americans have an affinity for Mexican cuisine and culture, but are generally not very educated about the history, which we are hoping to change,” Sánchez says.

Saccone, who previously served as president of Fox’s Spanish language network MundoFox, says he had a vision for Cocina three years ago, which he vetted against empirical data, “I come from the business side of content. Over the years, I witnessed the food genre in this country go from daytime filler to prime-time driver.”

Saccone says the data suggested Millennials are “critical” to Cocina’s demographic, marketing strategies and overall business plan. “They are considered one of the most desirable audiences by advertisers and or subscription platforms alike,” he says. Saccone, who operates as Cocina’s CEO, says the millennial demographic has “sky high” standards, which pose challenges to the business like how videos should not feel too staged and how blatant promotion is frowned upon.

The data Saccone vetted also suggests the vast majority of people in the U.S. are now consuming some kind of Latin-based meal almost on a daily basis, and points to things like how white bread has been replaced by tortillas, and how ketchup was dethroned by salsa as evidence. It’s easy to see how Cocina really is an investment in the Latin community, and this seems like the right cultural moment for a place like Cocina to exist. “Most Latin ingredients today have gone from inception to becoming the centerpiece of the menu in many of the largest food chains in the U.S., the list goes on and on. The bottom line is that all of this can no longer be labeled just as a bunch of ‘indicators,’” Saccone says, “but as a deep cultural declaration.” 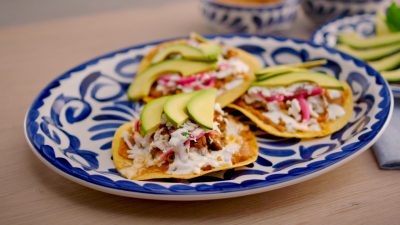 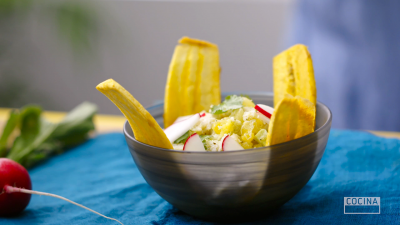 These warm, homemade arepas are stuffed with the most delicious shredded chicken and avocado salad.

Spice up your chicken with this easy and mouthwatering Pollo a la Brasa Sauce, inspired by the traditional Peruvian recipe.