Back to Art of food

Bosch and The Fountain of Life. How artist Nicola Costantino brought a 500-year-old art icon into our real world.

Was Bosch’s Fountain of Life in the Garden of Earthly Delights real? Contemporary Latinx artist Nicola Costantino tells us the story and meaning behind this object and how it came to be a central piece on “Art of Food”, her fully edible art experience that engages the spectators’ five senses through art, food and engineering.

To write about Bosch’s triptych masterpiece (three-paneled) housed at the El Prado Museum in Madrid, Spain is -according to experts- an exercise in madness as there is very little agreement as to the precise meaning of the work. Nonetheless, the innovative contemporary Latino artist Costantino will assert there are a few points that can be made with certainty before it all unravels. “It is so mysterious, so cryptic, so impossible to decipher. But Bosch was the first artist to paint images of the unconscious.” -she declares. “The irony of it is that such images could not be interpreted until the 20th century when psychoanalytic theories were developed.” – Bosch’s work has often been construed as an admonition against fleshly and worldly indulgence, but that seems a rather mundane purpose to assign to a highly idiosyncratic and expressively detailed tour-de-force.

To the casual art enthusiast, the beautiful pink fountain painted on the left panel of the Garden of Earthly Delight -a.k.a. “The Fountain of Life”- might first strike as a product of Bosch’s fertile imagination. Yet, there is evidence that the fountain on the painting was actually a real thing. To what Nicola will quickly add – “What I did was to change the origin of it, I made it as true to the real fountain as possible and I present it around a sort of garden that’s like a whimsical paradise.” In Costantino’s Art of Food exhibition, surrounding the Fountain of Life, there’s a cornucopia that makes what earth has to offer available to the spectator from food to nature and flora in what could easily be defined as a fully edible art banquet of sorts. “What I want is for people to feel it in their body. It will probably be something that they experience only once in their lifetime and what I want is for that memory to be tangible and beautiful,” -adds Nicola.

The artistic experience and Lexus

Beyond the baffling beauty of Art of Food as a whole, there is an underlying theme that the artist clearly intends for us to notice. We can’t help but wonder about the immaculate Lexus ES 350 vehicle stationed as part of it. “I’m all about returning to sensations, that’s why I created this experience with food while also rethinking what makes a work of art” – she shares. Hence the Lexus ES 350 vehicle. “whether eating something very tasty or driving a Lexus which sends a chill inside our body that we can feel, it is all part of an artistic experience” – the artist asserts. 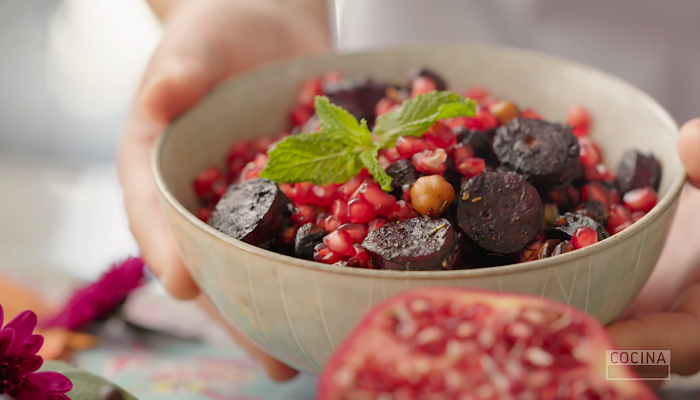 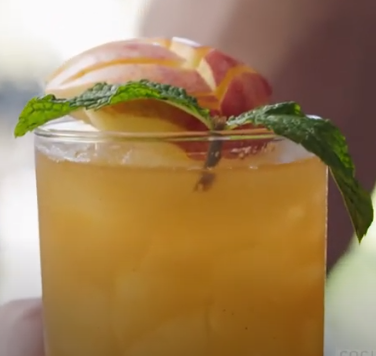 Not your Abuelita’s Apple Cider

Looking for a comfort yet festive dish to welcome the new season? Fall back with our guest Chef Alejandra Schrader Fiesta Pasta Salad!

Give some flair to the traditional eating of the grapes at midnight in New Year’s eve with this exquisite tostada.