Vegan eating has undergone a revolution in the past decade as more and more people gravitate towards a diet that favors plant-based foods and a moral stance against any animal or animal-produced products. Today, vegans have more options than ever when it comes to food that both tastes incredible and aligns with their beliefs.

Latin American food culture is typically heavily intertwined with fish, beef, and poultry, but is fundamentally based on a traditional diet of vegetables and grains that sets it apart from other cuisines. Going vegan in Latin America is almost as easy as simply removing meat from dishes that are just as tasty without it. Avoiding cheese is a bit more difficult, but with a creative approach and a few useful substitutes, cultivating a no-animal food regiment is as easy as plant-based pie.

These 5 recipe ideas are 100% vegan and don’t sacrifice taste for morality.

These fried vegan treats are a close relative to the croquette. In fact, that’s exactly what they are! Papas rellenas are popular in many Latin American countries, and are made primarily from potato, chili peppers, and a creamy eggplant filling. The result is a sweet and savory little ball of flavor that are perfect for appetizing and pre-eating.

Simply fill a ball of mashed potato and minced chilies with the filling. As an egg-wash substitute, you can use soy powder mixed with water. Coat the uncooked papas rellenas in this mixture, roll in dried bread crumbs, and deep fry in peanut oil until golden brown.

Ceviche is found all over South and Central America in countless different varieties. All, however, include some sort of raw white fish cured in either lemon or lime juice and salt. This vegan recipe flips hundreds of years of tradition on its head, with a literal head of cauliflower instead of fish.

For the ceviche purist, this is sacrilege at its most offensive. However, for those opposed to consuming meat of any kind, cauliflower offers an apt substitute that provides the meaty, savory bite that is consistent with fish products. Add red onions, chili peppers, and freshly diced tomato for a light, bright, midday snack that indeed holds a candle to the original.

Tamales are traditional Mexican treats that consist of blended corn (called masa), steamed inside a corn husk. They are labor intensive and delicious. This recipe takes some of the pain out of constructing an army of tamales and also doesn’t contain any pork fat, as tamales typically do.

Use a pre-made polenta roll cut in pads as the base of the tamale bowl. Then cover in a cooked sauce of tomato, onion, chili pepper, and vegan cheese. They aren’t quite the real deal, but are damn close, and even a fun snack to get the kids involved in constructing themselves. 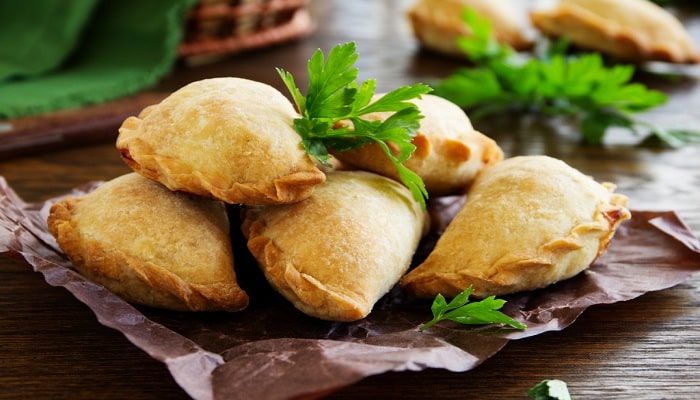 If you’ve ever visited Peru, Colombia, or Venezuela, chances are you’ve come to grips with the height of all utensiless street food prosperity: the empanada. Typically, these fried triangles of flavor are filled with healthy amounts of cheese and meat. However, this version substitutes the animal products with a filling of roasted poblano peppers, cilantro, and vegan cheese.

If you’re concerned at all about lard in the empanada dough, make your own with a vegetable oil or shortening alternative. Fold the dough over the filling and fry until golden brown.

Beans are a go-to source of fiber and protein for any self-respecting vegan. You must be careful, though, as beans are often cooked with lard, which is a product made from pork fat. However it is possible to make homemade black beans that are just as tasty without the use of animal products.

Frijoles negros are a foundational element of Cuban cuisine, and are often found steaming over a bed of white rice. Cook the beans with onion, garlic, bay leaves, cumin, and oregano for a simple vegan treat that is as inexpensive as it is delicious. 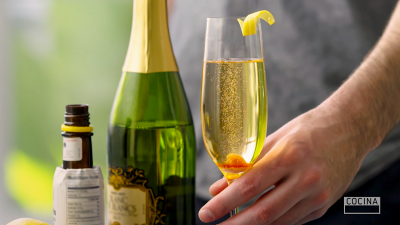 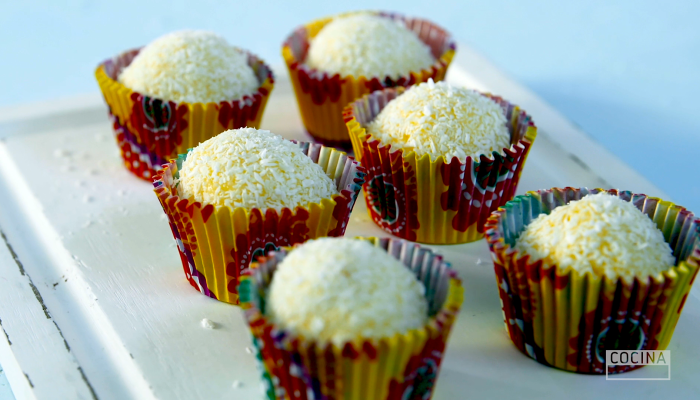 Try this easy and quick Tex-Mex snack using ingredients you already have on the fridge!

This delicious and flavorful salsa packs many vitamins and minerals, and it's good enough to eat by itself!