Argentina’s culinary history is steeped in rich culture and far away influences, resulting in a special kind of cuisine that is more than just seared sides of grass-fed beef (although that certainly shows up as well). In Argentina, eating is a celebration, and something to be cherished as much as the friends and family you enjoy it with.

If you’re planning a trip to Argentina (hopefully, we all be able to travel soon), be sure to include plans to try these five popular dishes. They not only taste incredible, they will give you a window into the people and places that made them famous. In essence, Argentine fare is a mixture of Italian and Spanish influences mixed with what they call “criolla” food. You’ll find that food in Argentina is an essential ritual, right up there with comfort, camaraderie, and soccer. 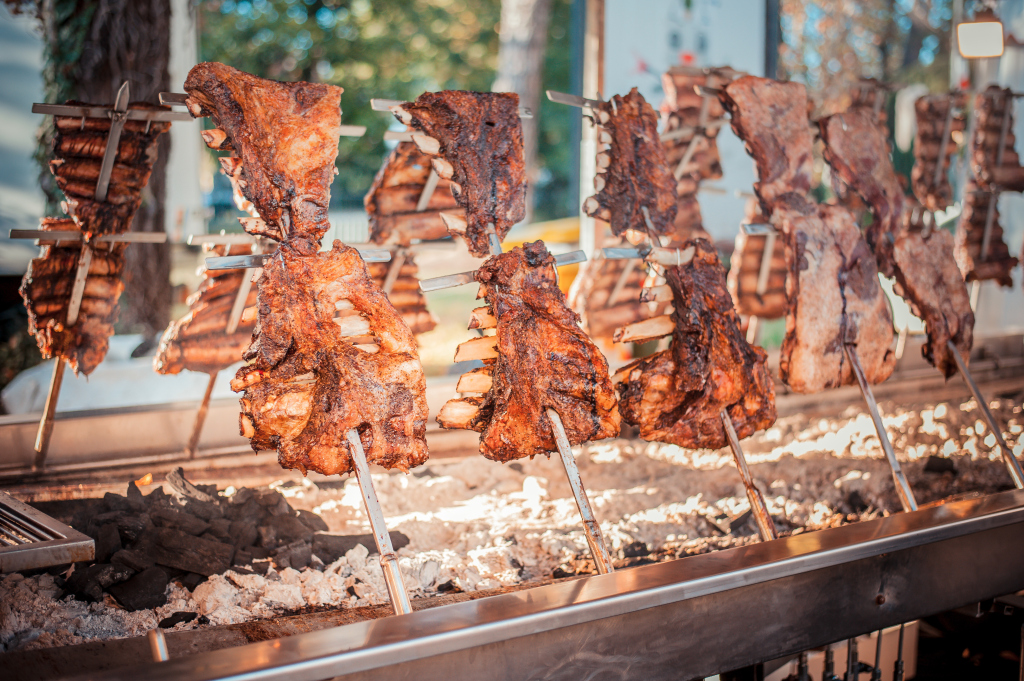 In Argentina, saying “asado” is like an American might say “barbeque.” It is an absolute no brainer when visiting Argentina to get your hands on as much asado as possible. Traditionally, an asado consists of grilling beef, sausage, and chicken over an open flame on large metal grates. It is as much a cultural celebration and gathering event as it is a way to cook meat.

And because Argentina has such a history with raising cattle, it makes sense the most ubiquitous food celebration in the country revolves around beef. If you have the chance to attend a traditional Argentine asado when you visit, don’t just jump at the opportunity, leap as if your life depended on it. It will be that good and that memorable.

A classic for argentineans is to add some chimichurri sauce to their asado, which is a salty, spicy rub made with Italian parsley, paprika, garlic, and as much red pepper you can get your hands on.

You can also spice your meat up even though you are not in Argentina: check out this authentic chimichurri sauce, all bottled up and ready to go.

And if you can’t go for the full asado experience at home, you can always start with a steak with chimichurri. 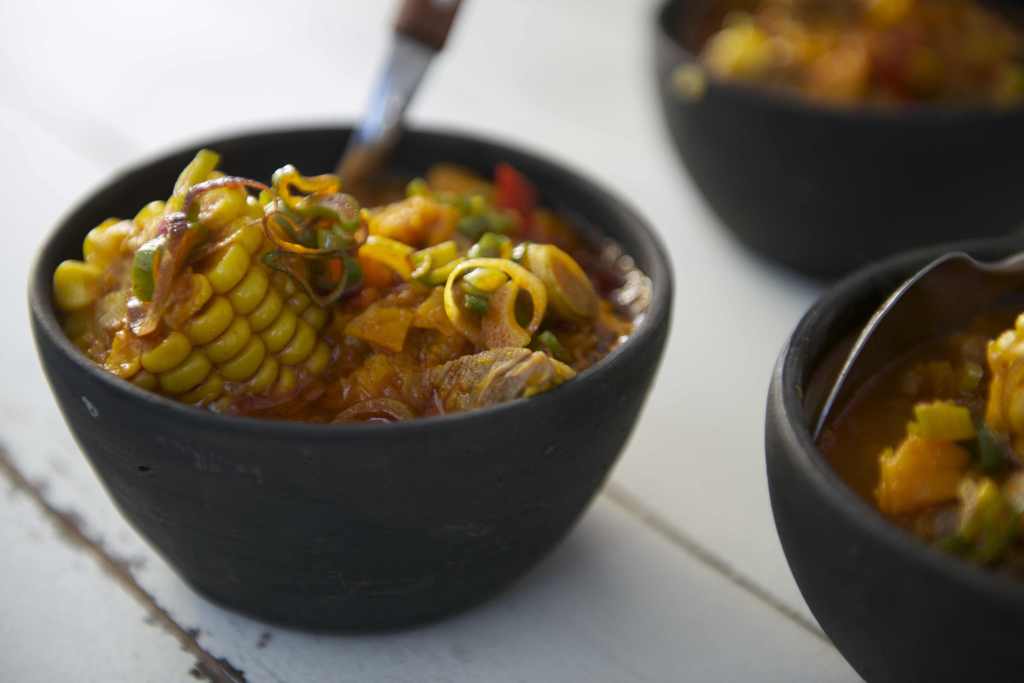 Latin America is famous for its stews. Locro is Argentina’s most popular and celebrated addition to that distinguished list that also includes carbonada and puchero. It is one of Argentina’s national dishes, and is traditionally made with corn, beans, and potatoes, and meat. Adventurous cooks can also substitute pumpkins for potatoes.

Locro is often served on May 25th, which marks the anniversary of the May Revolution way back in 1810. Chimichurri is commonly served on the side. 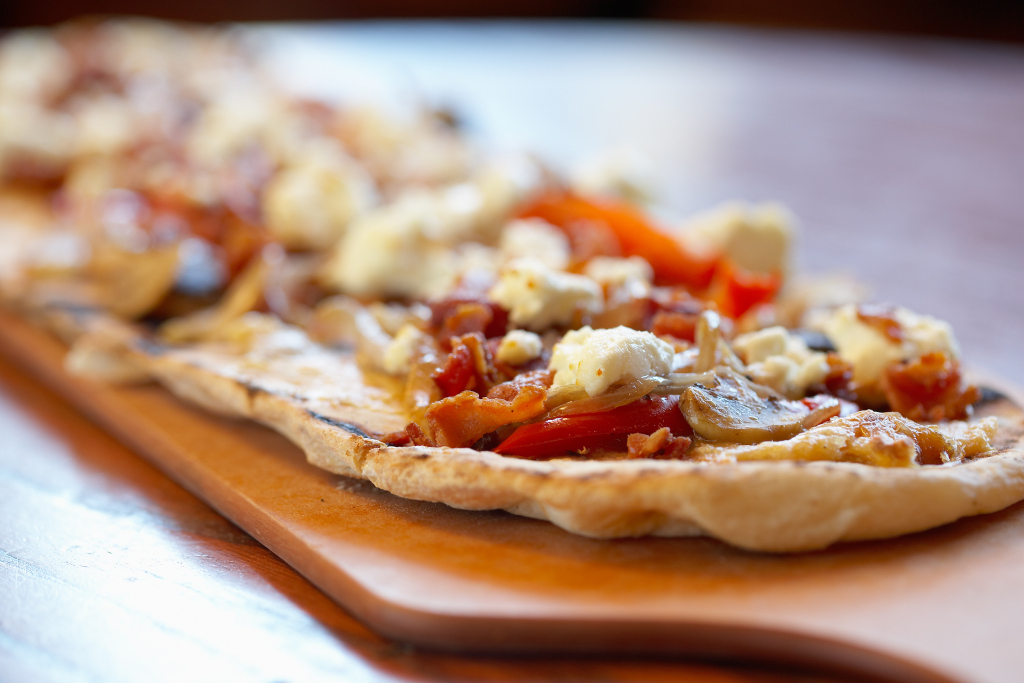 Now it’s time for Argentina’s Italian roots to shine through. Pizza con faina is…well…pizza! Find me someone who doesn’t like pizza and I’ll find you a liar. This Argentine staple came from the homeland of cheesy, bubbly, charred carbohydrates, and takes on a unique form in Latin America. It’s prepared as more of a pizza sandwich – and just when you thought pizza couldn’t get any better, right?

Faina is a kind of pizza dough made primarily from garbanzo beans. It is rolled out, baked then filled with mozzarella cheese, spicy peppers, and just about anything else you can think to add to the flavor party. 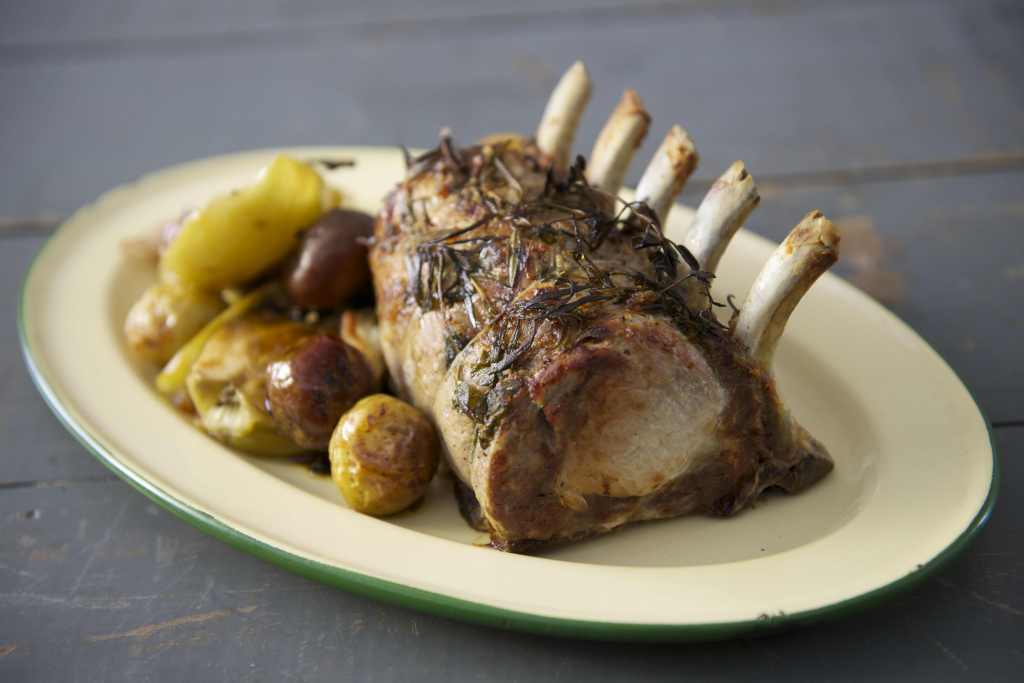 If you like pork ribs, french fries, and your eggs sunny side up, then you’ll have a lot to love about costillitas de cerdo a la riojana (it’s a mouthful, I know). It’s a traditional dish that is best served on a paper plate. Most of the ingredients are cooked separately, then assembled on a plate for viewing, smelling, and eating pleasure.

First, peppers, peas, and onions are sautéd in butter and put aside. The potatoes are waffle cut and fried, the paired with a grilled pork rib and a sunny side up egg cooked on the grill in a halved poblano pepper. It’s an odd assortment of flavors and ingredients, but it somehow all comes together when it’s plopped down on your plate. 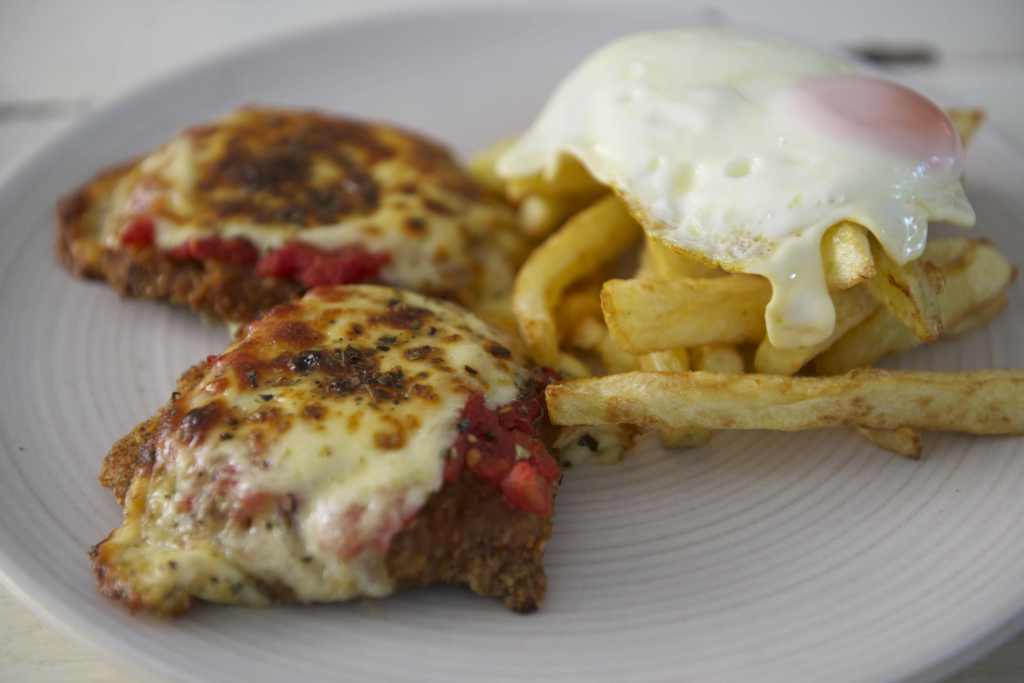 If you were hoping for us to feature more steak on this post, you’re in luck! And what better way to enjoy the world’s most delicious beef than to have it battered, breaded, and deep fried? Milanesas a la napolitana, which is also popular in Uruguay, was believed to be first conceived in the 1940’s in a restaurant in Buenos Aires called “Napoli.” Unsurprisingly, the restaurant featured many traditional Italian dishes, of which milanesas a la napolitana is heavily influenced by.

Be warned, though, if you stare at the above picture long enough you might impulsively buy tickets to Buenos Aires to get an up close and personal look for yourself. 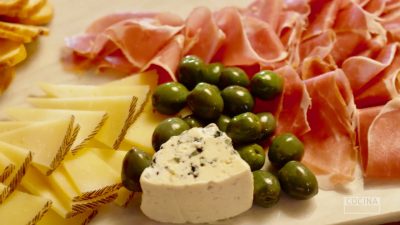 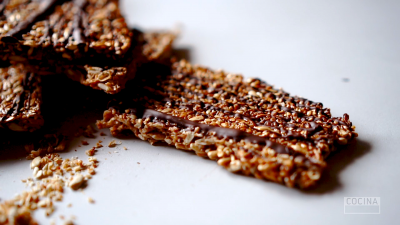 Sweeten your day with this easy and delicious classically Argentinian dessert.

It’s pomegranate season and that means you can make this exquisite granita for a refreshing treat!