The year 2022 is coming to an end and, generally, end-of-year balances don’t take long to appear.

Of course, we made a balance from all our content here at wearecocina.com and we found the five best recipes of the year (because you searched for them many many times!).

So we had an idea: why don’t we group them all in one article so that any foodie can save and share them easily with anyone?

Here are the recipes that you loved most on 2022! 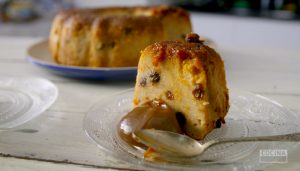 Bread pudding is a classic among many grandmother’s recipes, and the favorite of many people. This sweet dessert is very versatile because you can easily vary its ingredients, preparation and also presentation.

It is usually prepared with leftover bread, so it’s an excellent recipe to recycle the turned-to-rock bread that we bought a few days ago!

Since we are talking about the fact that the ingredients can change, you should know that some recipes use spices such as nutmeg, cloves or vanilla essence, cinnamon or lemon zest.

If we talk about how to make a bread pudding, it can be prepared with different consistencies. There are recipes in the bread is crushed using the hands, leaving a much more rustic dessert. It can also be prepared using a blender, leaving a smooth and soft consistency (very similar to a flan). 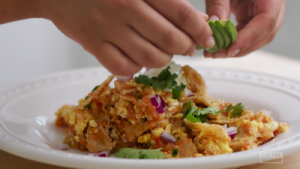 Nothing compares to a breakfast with delicious chilaquiles, everyone knows and loves this dish made of tortilla chips bathed in green or red sauce!

Chilaquiles are, generally, served at breakfast. The main ingredients or this dish are fried tortilla pieces and the sauce, accompanied with chicken, meat, egg or cheese.

Originally chilaquiles were a very simple food. People used leftover tortillas from previous days because they didn’t want to waste them, so they were bathed with sauce and served with beans.

Nowadays, chilaquiles can be found in most restaurants because they were transformed in one of the most prepared foods in Mexican cuisine! 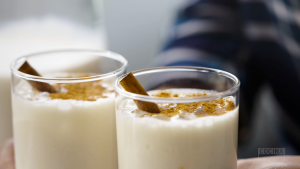 The delicious Venezuelan Chicha (in Spanish Chicha Venezolana) is a traditional drink made from rice and milk, served with lots of ice and bathed in condensed milk and ground cinnamon. This is a drink that you can enjoy at any street in Venezuela!

In Venezuela there are two varieties of chicha: Criolla and Andina (form the Andes):

2. Chicha Andina contains guarapo, fermented fruit peels or pulp (usually from pineapple) that provides a little alcohol (in a low degree), papelón and some type of rice or corn.

On the other hand, there is also the pasta chicha, made with a lower quality cereal, so it is thicker and of a different color. 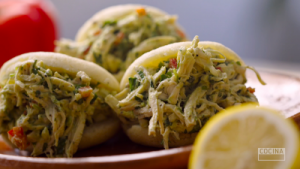 The Reina Pepiada is the most famous arepa in Venezuela, without a doubt. This recipe means a lot to Venezuelans, because of the history of its creation and what it means for those born in these Caribbean lands.

Why this arepa is called Reina Pepiada? Legend says it was named that way thanks to the Venezuelan Susana Duijm, who won Miss World in 1955. In Venezuela, at that time, the word “pepiada” was used to describe a woman with good curves.

After winning the contest, Susana visited an arepa shop where they had a very popular filling made of avocado, mayonnaise and shredded chicken. So, to honor this beautiful woman, they baptized the arepa as “Reina Pepiada” 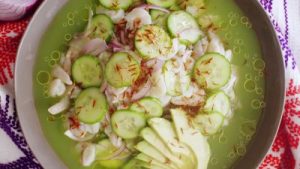 Aguachile Verde is a traditional Mexican seafood dish. It’s made with shrimp that are marinated and cooked in a mix of chili, lemon juice, salt, cilantro and mixed with slices of cucumber and onion.

The origin of the aguachile is in the state of Sinaloa, on the western coast of Mexico.

Originally it was made with boiled water and a small round pepper called chiltepina, which grows wild in the region. This preparation explains the name “aguachile” which translates as “pepper water”.

Aguachile is often considered a Mexican ceviche. The main differences between the traditional aguachile and the ceviche are the marinating time, the spiciness and the amount of liquid.

What do you think about these recipes? Are you going to make them at home? 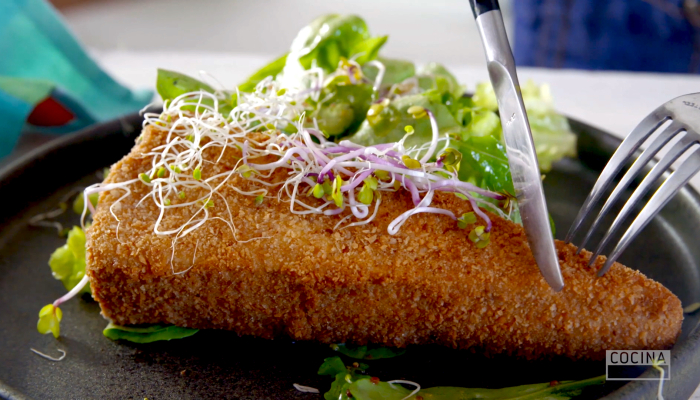 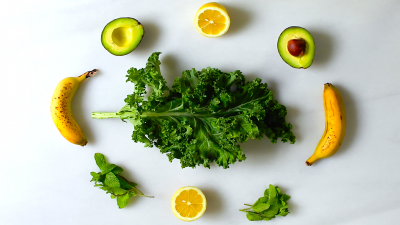 Learn how to make two versions of the traditional ‘calabaza en dulce’, a Latin classic for fall.